During her run on Dancing With The Stars, actress Anne Heche created a spectacular Paso Doble routine with her partner Keo Motsepe, about the challenges she faced as a young, queer, woman in Hollywood.

In 1997, Heche and Ellen DeGeneres began dating. During the movie premiere for Anne’s film Volcano, Heche was kicked out of her own premiere for bringing Ellen has her date. However, Heche reveals that she had only known Ellen for four days before bringing her as a date to the premiere. Heche recounted her coming out story twenty years later, with an emotional performance on DWTS.

Anne joined CHANNEL Q’s AJ Gibson and Mikalah Gordon to discuss the performance and recount how the discrimination she faced twenty years ago changed the course of her career.

In terms of being able to almost come full circle when having the freedom to share her identity with the world, Heche tells AJ and Mikalah, “I felt like I had been redeemed. I felt like I had my own little form of a coming-out party.” However Anne adds, “but the time that it takes for people to process history is shocking… at the same time it's majorly important to note that being a part of that movement is the joy I wear with a badge of honor.”

The actress explains that being able to come out and retell her story was made simpler by the support provided by the crew on DWTS. “I have to say this about Dancing With The Stars, every single person in their creative team, from the storytelling to the lighting, to the behind the scenes, to the incredible crew that works with you, custom, hair, and makeup, knew what we were going for and what we were crafting,” shares Heche. She also says, “I mean the outfit was to basically say I was going to be the star-spangled banner for gay rights again in my life.” 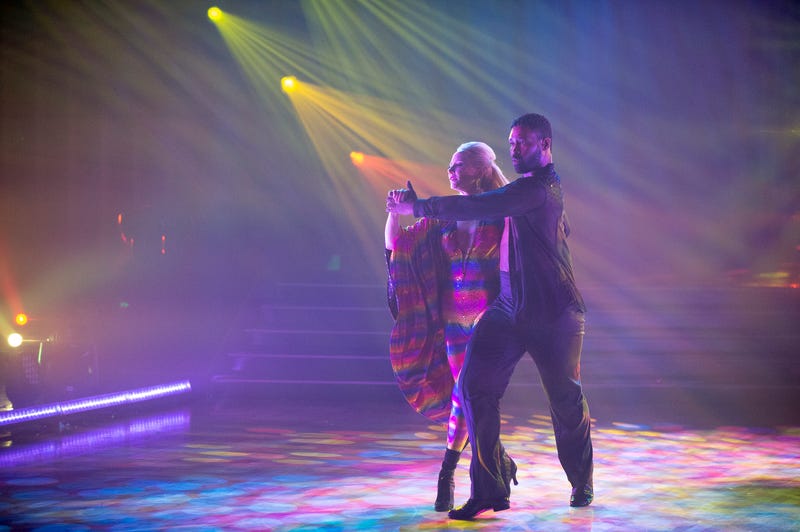 After her vulnerable groundbreaking performance on the dance show, Anne tells us that she did not hear from Ellen. Anne says she felt resentment towards her naivety as a young Hollywood star, however, she never felt resentment towards Ellen after her career shifted. “What happened to me became the eye-opener, the awakener to what it is that I really wanted to do with my life.”