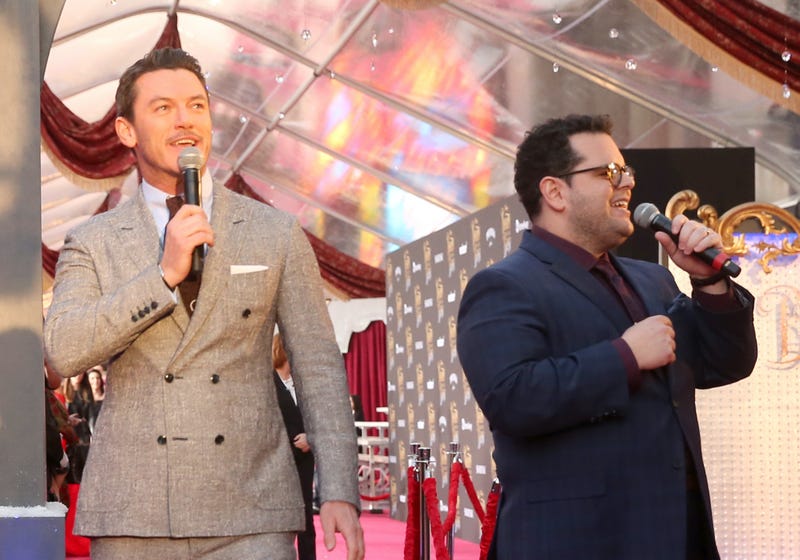 Fans will soon be able to binge the origin story of Gaston and LeFou.

The eight-episode musical series is a prequel to the 2017 live-action hit movie.

Stars Luke Evans and Josh Gad will return to reprise their film roles as Gaston and LeFou (Louie), with newbie Briana Middleton as the female lead, Tilly, portraying Louie’s stepsister.

The series will occur years before Beast and Belle’s romance, as the show’s trio goes off on mysterious adventures of romance and laughs through the same magic kingdom. Secrets come to light as the tale gets more dangerous as it evolves.

As Deadline details, Liesl Tommy will direct the debut episode. Tommy is the first Black woman ever nominated for a Tony for Best Direction of a Play. Her feature directorial debut is the upcoming Aretha Franklin biopic, “Respect,” that’ll hit theaters August 13. Her past work includes theatrical productions of “Frozen” and “Les Mis.” EGOT Award-winning composer, Alan Menken, returns to score the series, with Oscar-nominee Glenn Slater (“Tangled”) providing the lyrics.

ABC Signature has long-held the plans to this prequel series, and Disney swooped in to finally get it greenlighted. And Jonnie Davis -- president of co-production company ABC Signature -- is positively aglow about the whole thing.

“There are few more precious gems in the Disney library than this iconic franchise, and this prequel is both a love letter to what’s come before and its own spectacular adventure… Josh, Eddy, and Adam’s vision gives us a window into the origin of Luke’s Gaston and Josh’s LeFou with the twist of a new partner in crime—Tilly, played by the luminous Briana Middleton,” Davis said.

“This dream team would not be complete without the genius Alan Menken returning to write even more glorious music for the franchise he helped create. We’re so grateful to Gary, Ayo, Michael, and everyone at Disney Branded Television and Disney+ for their unwavering support. We cannot wait to start shooting.”

You’ll want to remember the name, Briana Middleton. By the time “Beauty and the Best” arrives, she might be a huge star. The actress will be making her feature film debut in Amazon Studios’ upcoming George Clooney-directed “The Tender Bar,” and is currently shooting “The Last Will and Testament of Charles Abernathy” for Netflix.

Luke Evans is pretty busy too. He’s got two series coming up -- the lead in Mark Boal’s new Apple series, “Echo 3,” and he has a starring role in Hulu’s upcoming limited series, “Nine Perfect Strangers,” (which we wish was some weird prequel to '80s sitcom “Perfect Strangers”).

Josh Gad is currently in production on the Peacock series, “Wolf Like Me.”