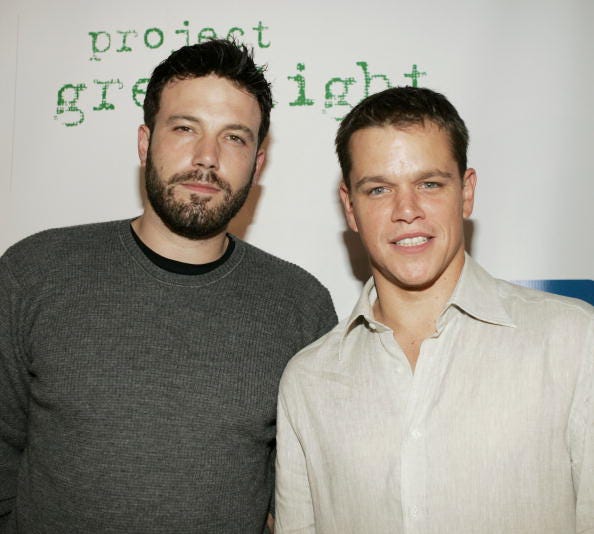 Will Hunting and Chuckie Sullivan are getting back together.

Matt Damon and Ben Affleck go medieval in the first trailer for their new film “The Last Duel,” reported People.

The historical epic is the first film co-written by Affleck and Damon since winning Oscars for Best Original Screenplay for the 1997 drama “Good Will Hunting.”

While Driver denies the accusations, Damon challenges his former friend to a duel to death.

According to EW, Affleck was initially cast to battle BFF Damon in the duel, but decided on taking the smaller role of a Count that required him to go blonde and sport a soul patch.

Affleck and Damon co-wrote the film with “Friends With Money” director Nicole Holofcener.

“This film is an effort to retell the story of a heroic woman from history whom most people haven’t heard of,” the trio said in a statement, per Variety.

“We admired her bravery and resolute determination and felt this was both a story that needed to be told and one whose drama would captivate audiences the way it moved us as writers.”

In addition to "Good Will Hunting," Damon and Affleck have starred in several films together including "School Ties," "Glory Daze," "Chasing Amy," "Dogma," and "Jay and Silent Bob Strike Back." The former high school classmates also collaborated on the reality series "Project Greenlight."