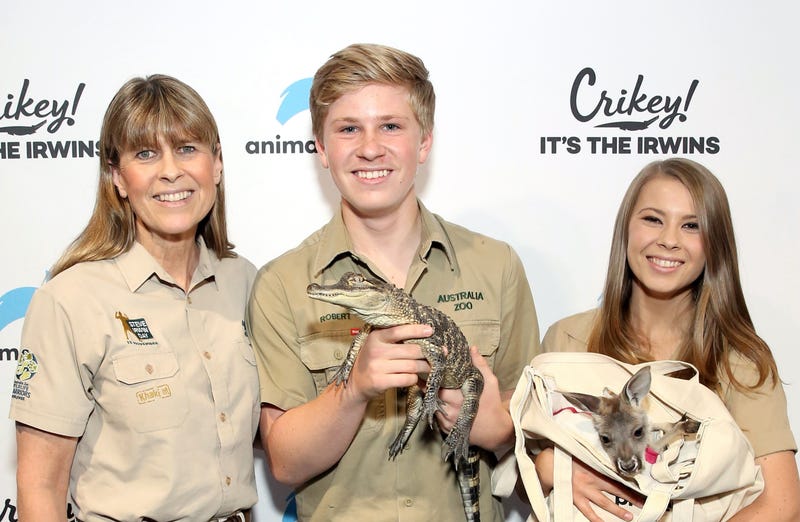 Bindi Irwin is showing off the “most dangerous” animal at their family's Australia Zoo: her brother’s adorable pug named Stella!

Irwin, 23, took to Instagram to share a sweet family photo with her husband Chandler Powell, 24, and their 6-month-old baby Grace Warrior. Also featured in the photo was Irwin’s mom, Terri, younger brother, Robert, and of course, his adorable little pooch.

“My world ❤️” the 23-year-old conservationist wrote to her followers.

On Friday, she posted a video of her brother celebrating National Pug Day. “Right now, I am joined by one of the most dangerous and exotic animals at Australia Zoo,” Robert said jokingly before introducing his pug, Stella.

“I know, pretty crazy,” he added before showing his rather calm dog wander around the zoo grounds. “She may not be the most dangerous creature that we have here, but she’s an absolute legend.”

The video later showed Stella having fun with Irwin’s Cavalier King Charles Spaniel named Penny. The two furry friends joined the family as they baked a special homemade cake to celebrate the holiday. The dogs even got a couple treats during the process.

Robert was brave enough to try the dog cake, to which his mom gave him a friendly scolding. “Bad dog!”

The Irwin family runs a zoo and wildlife conservation center in Beerwah, Australia. Their sweet family life and animal rescue efforts are featured on the Discovery series “Crikey! It’s the Irwins.”

In the final episode, the show explored the effect COVID-19 had on the future and success of the family zoo. As Australia’s restrictions eased, the family was fortunately able to reopen their zoo to the public and earn enough in ticket sales to keep its doors open.

"Crikey! It's the Irwins" is available to stream now on Discovery+.