Bobby Flay is at the top of his game.

But when it comes to cooking -- especially on Thanksgiving --  the fanciest culinary technique isn’t always the best for those side dishes.

At the 15th anniversary for his restaurant Mesa Grill at Caesar’s Palace in Las Vegas, the world-famous chef shared an ingenious hack with SheKnows that will take your mashed potatoes to the next level on Thanksgiving.

“There’s a mashed potato dish that actually is inspired by [Mesa Grill],” Flay told the publication. “I make a big bowl of mashed potatoes and then I make a well in the middle, and we put a big vat of green chili queso sauce in the middle.”

Daring Thanksgiving cooks can find Flay’s full recipe on Food Network. While queso plus potatoes may seem like a no-brainer, there’s a little more to it than that. Key to the success of this creamy, starchy dish is using non-processed cheese. The recipe calls for roasted poblano peppers, milk, cream, Monterey Jack Cheese, and Parmigiano-Reggiano. 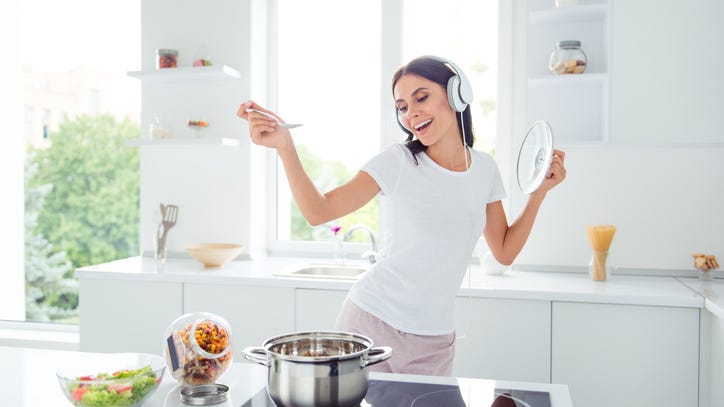 9 food podcasts to get you ready for the holidays

Flay says his take on taters has made the dish a year-round smash.

That’s not the only Thanksgiving hack Flay has up his sleeve. He shared an all-purpose boost to pretty much any Thanksgiving dish you can think of: the poblano chili.

“The poblano chili is a good starter chili for people that aren’t really well versed in them, because it’s got a great pepper background flavor but it’s not too spicy,” he said. “Roasted poblanos work really nicely.”

Poblanos can be added to a pan of cornbread dressing, mixed into the green bean casserole, or into a bowl of whipped sweet potatoes.

Flay say can also use chili on the turkey, elevating your bird to a hot item on the table.

“You can buy all sorts of chili powders to put on the outside of your turkey, and use that as a red chili crust that’s not too spicy,” Flay advised.

“You just put it with the salt and the peppers and put some red chili powder in there too and it works really nicely.”