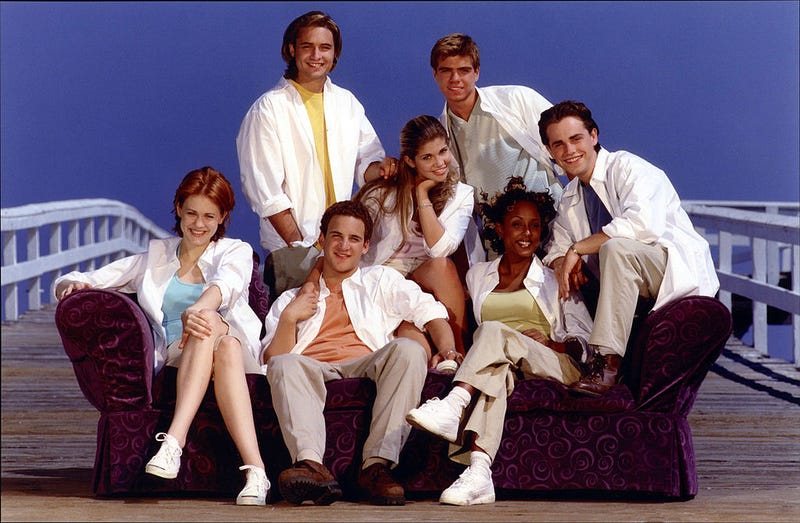 The bonds on ‘90s teen sitcoms are forever.

Nearly 30 years after premiering on ABC, the “Boy Meets World” cast are still “closer than ever,” according to show star Rider Strong.

In  a new People interview, the 41-year-old, who played Shawn on the series and its reboot “Girl Meets World,” shared details of his ongoing friendships with costars Danielle Fishel (Topanga), Will Friedle (Eric) and Trina McGee (Angela).

After being apart due to the pandemic, Strong noted how all four recently got together in person after getting their COVID-19 vaccinations.

The group’s enduring friendship comes after McGee, the show’s only Black actress, previously discussed feeling “iced out” by members of the cast while filming “Boy Meets World.”

Strong says the entire controversy “brought us closer together,” as McGee, 51, noted both Friedle and Fishel have apologized for their actions.

The actor also reflected on the importance of Shawn and Angela's romantic relationship on the series.