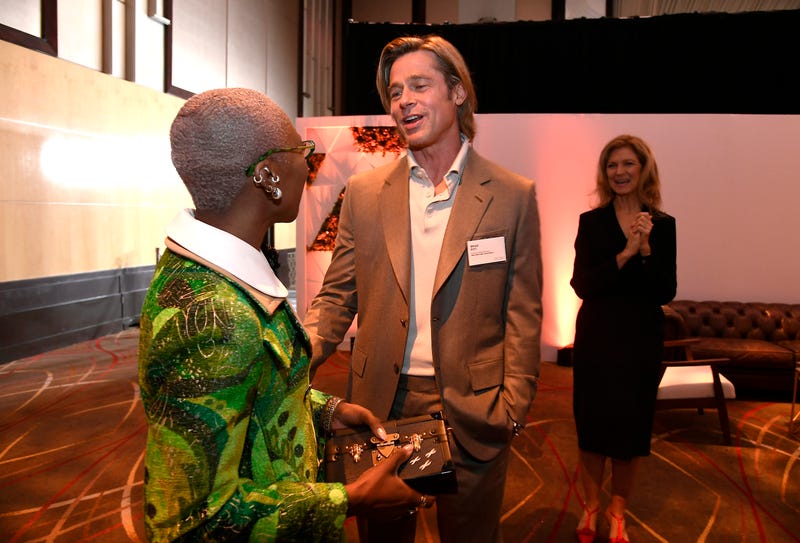 Brad Pitt made sure everyone knew and remembered his name at the annual Oscars nominee luncheon on Monday.

Despite being one of the world’s most recognizable actors, Pitt donned a name tag while mingling with fellow actors and nominees such as Cynthia Erivo and “Once Upon a Time in Hollywood” co-stars Leonardo DiCaprio and Charlize Theron, according to E! Online.

A place card was noticeably sticking out of his breast pocket as he made his rounds at the event.

It reportedly listed his name and his upcoming nomination for “Actor in a Supporting Role.” 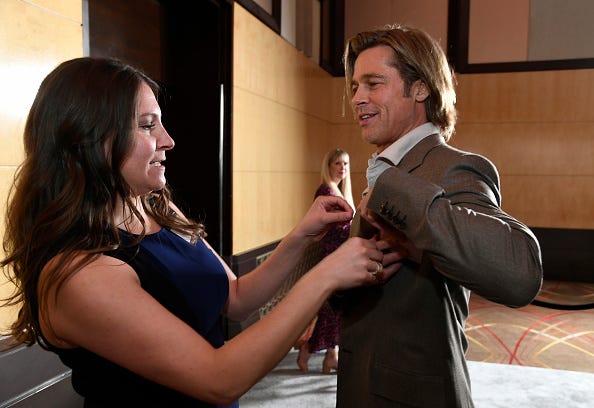 The 56-year-old has already won a SAG Award and Golden Globe Award for his role as Cliff Booth in the film directed by Quentin Tarantino.

Pitt’s stunt evoked some positive comments from fans on Twitter who are happy that he’s embracing his sense of humor lately.

“#BradPitt wearing a name tag to the #Oscars lunch is freaking hilarious," one user tweeted.

Another user even called for the name tag to win its own award writing, “Brad Pitt's name tag at the Oscars luncheon deserves its own Oscar.”

Brad Pitt's name tag at the Oscars luncheon deserves its own Oscar pic.twitter.com/mIyjmbmGc6

During his Golden Globes acceptance speech, Pitt made fun of DiCaprio stating that he would have “shared the raft.”

Pitt also poked fun at his own dating life by stating that he didn’t bring his mom as a date because “any woman I stand next to, they say I'm dating. it would just be awkward all right.”

Pitt went on to call his personal life a “disaster,” during an appearance on Marc Maron’s “WTF” podcast, available on the RADIO.COM app.

He offered up the comment shortly before he made headlines for his friendly reunion with ex-wife, Jennifer Aniston, backstage at the SAG Awards.