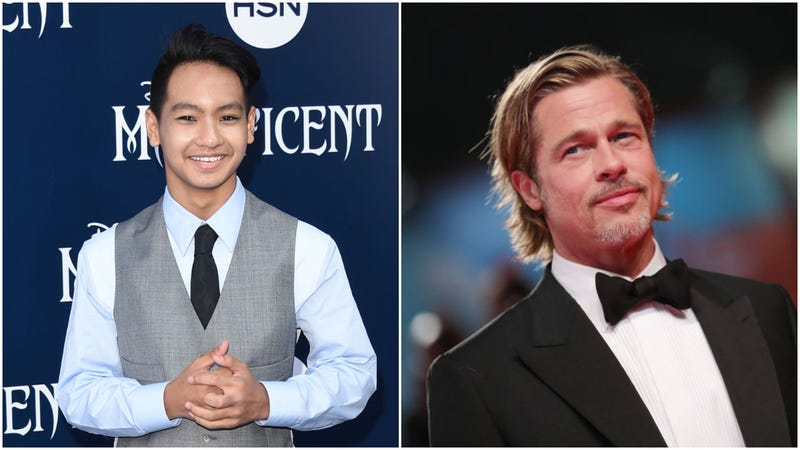 Even while studying thousands of miles away from Hollywood, Brad Pitt and Angelina Jolie’s son Maddox can’t avoid being asked about his contentious relationship with his father.

The 18-year-old, who is currently enrolled at Yonsei University in South Korea, was on the school’s campus when a photographer inquired if the “Once Upon a Time in Hollywood” star would be visiting him anytime soon.

"I don't know about that, or what's happening," he replied according to a video obtained by InTouch.

In a video interview exclusively obtained by 'In Touch,' Maddox gave an update on his strained relationship with his dad, Brad Pitt. 😳https://t.co/d5TyYVSpe8

When pressed if his relationship with his dad was over, Maddox shrugged and said, “Whatever happens, happens.”

The father and son have been on a rocky path ever since an alleged altercation occurred aboard a private plane in 2016, which lead to an investigation by the LA Department of Children and Family Services.

Reports claim the incident was the final catalyst that caused Jolie to file for divorce after two years of marriage. Maddox has allegedly had little to no contact with his father since the 2016 incident.

On the flip side, Maddox and his mother appear to be very tight, as he served as executive producer on Jolie’s 2017 film “First They Killed My Father.”

In August, the Oscar-winning actress was also spotted dropping her eldest child off at the Korean university, while Pitt is said to have found out about his son’s school choice through the press.

Despite the family drama, Maddox appears to be settling into Yonsei nicely as he confirmed he’s “doing very good” and is enjoying living in the dorms.