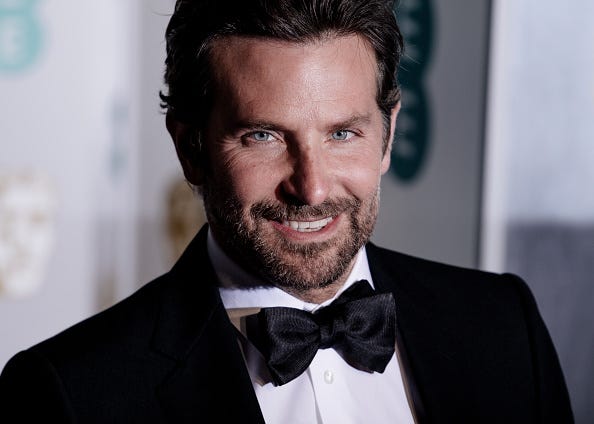 Bradley Cooper is all about protection.

The “A Star Is Born” director was spotted vacationing in Italy with a healthy dose of sunscreen slathered all over his nose.

Along with the globs of white SPF, Cooper wore sunglasses and a baseball cap. Although his vigilance with staying safe from harmful UV rays should be commended, many fans found the look reminiscent of a “beach dad,” according to Harper’s Bazaar.

“So... are we going to talk about #BradleyCooper’s sunscreen application or?,” Paper Magazine captioned two shots of the 44-year-old in all his SPF glory.

This elicited a slew of reactions both criticizing Cooper’s anti- tanning technique and also praising him for putting self-care over fashion.

“Get this out of my sight,” one person wrote.

A third commented, “This is hella funny.”

On the supportive side, one fan said: “Hey that nose deserve protection!”

Despite trying to avoid a nasty burn, Cooper was enjoying his time in the sun alongside celebrity pals like Katy Perry, Orlando Bloom, Oprah Winfrey, and Gayle King.

The A-list group was in Sicily to take part in Google Camp, an exclusive three-day event which gathers titans of tech, business, entertainment, and politics to discuss climate change.