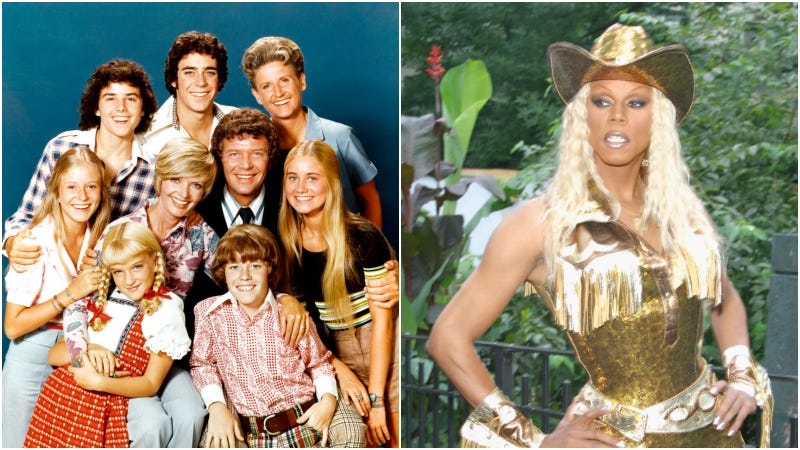 Here’s the story of a lovely drag queen.

The “Brady Bunch” is getting a fabulous new look as stars of the classic series will join “RuPaul’s Drag Race” alums in a special crossover episode in time for Pride Month, reported Entertainment Weekly.

Paramount Plus is bringing the two shows together for “Dragging the Classics: The Brady Bunch,” in which “Drag Race” stars will take on some of the roles of the iconic blended family sitcom. The Snatch Game is shook!

The special will reimagine the season 2 “Brady Bunch” episode “Will the Real Jan Brady Please Stand Up?”

Get ready for #DraggingTheClassics: The Brady Bunch! Starring some favorite queens from @rupaulsdragrace alongside original cast members from The Brady Bunch, they'll be making pop culture history with a recreation of the iconic episode “Will the Real Jan Brady Please Stand Up?" pic.twitter.com/ZBTiY1Ffkh

Fans of “Drag Race” will be gagging over who is playing the rest of the Brady clan.

BenDeLaCreme, a contestant on“All Stars” Season 3, will appear out of drag to take on the role of Greg Brady.

RuPaul and Michelle Visage will also make an appearance as the Wig Attendant and his assistant Helen, respectively.

Maureen McCormick, who starred as eldest sister Marcia, must have sashayed away as she is the only living original cast member not taking part in the special.

News of the crossover special comes as “RuPaul's Drag Race All-Stars 6” is set to begin streaming on Friday, June 24th.

Get ready, henny! “Dragging the Classics: The Brady Bunch'' will premiere Wednesday, June 30 on Paramount+.