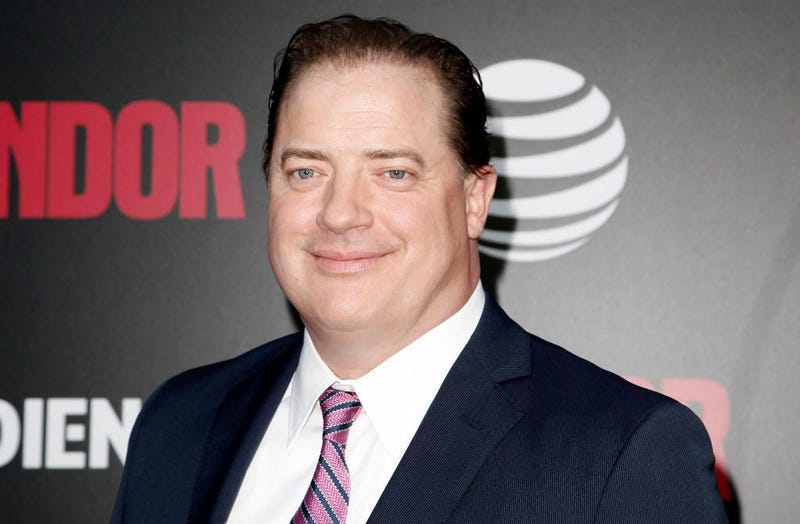 Brendan Fraser has a loyal fan base, and they’re showing their support through Tik Tok.

The “George of the Jungle” actor, 52, began getting teary eyed while speaking in a virtual interview posted to Tik Tok by user @littleloottiecosplay, Entertainment Weekly reports.

The actor began by revealing that he is in Oklahoma getting ready to shoot “Killers of the Flower Moon,” a highly-anticipated film directed by Oscar winner Martin Scorsese. Fraser will star alongside Leonardo DiCaprio and Robert De Niro.

Brendan Fraser gets choked up over internet support 🥺❤️ pic.twitter.com/EDiBCHNVoI

Fraser expressed his nerves for his upcoming role, saying “I think I might be sick.” The interview host then replied, "The internet is so behind you! We're so supportive," she says. "There are so many people out there who love you, and we're rooting for you, and we can't wait to see what you do next."

Fraser recently made headlines after fans noticed he looked a little bit different on the red carpet at the 20th Tribeca Festival in New York City.

The former summer family blockbuster star has become something of a recluse the last few years. But fans on social media were quick to comment on the friendly-faced actor's recent weight gain.

Fans speculated that Fraser’s new look is connected to his next project, "The Whale," directed by art epic auteur, Darren Aronofsky. The film centers on a severely obese and reclusive teacher who attempts to reconnect with his estranged teenage daughter.