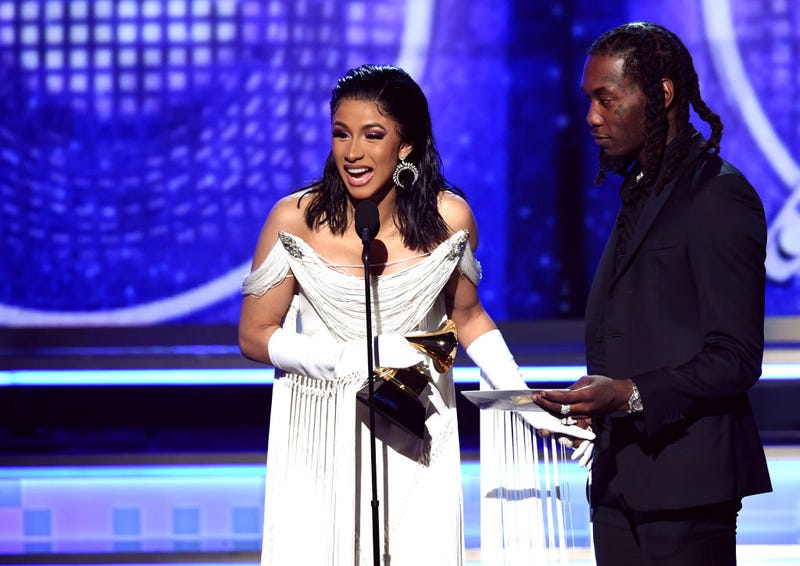 There’s no question Cardi B’s raps are fire, but her cooking skills may leave much to be desired.

While the “Money” diva is excited to celebrate Thanksgiving with her husband Offset’s family in Atlanta, she’s not planning on spending anytime in the kitchen.

“No. I could help mash up the potatoes, know what I’m sayin’? Y’all want me to peel some vegetables, I’ll help you with that!'” the 27-year-old laughingly said to People.

Although she is game to play chef, don’t come for her if the end result isn’t to your liking.

And despite her limited culinary abilities, Cardi already has her signature dish picked out, if only Offset’s family would let her make it.

“I think I could do a really good mac and cheese,” she continued. “I don’t play with my mac and cheese either, so I feel like if I’m gonna go in and do it, I’m gonna do it good. But I don’t think they’re gonna trust me enough.” C’mon, at least one person has to say, “I like it!”

Regardless of the menu, the holiday is sure to be a welcome break for the GRAMMY winner who has been busy working on her new Pepsi commercial and recording the follow-up to her blockbuster 2018 debut album Invasion of Privacy.

Despite previously saying she was going to name the record “Tiger Woods,” Cardi later told Forbes she was just joking.

The as-yet-untitled album is due out sometime in 2020.