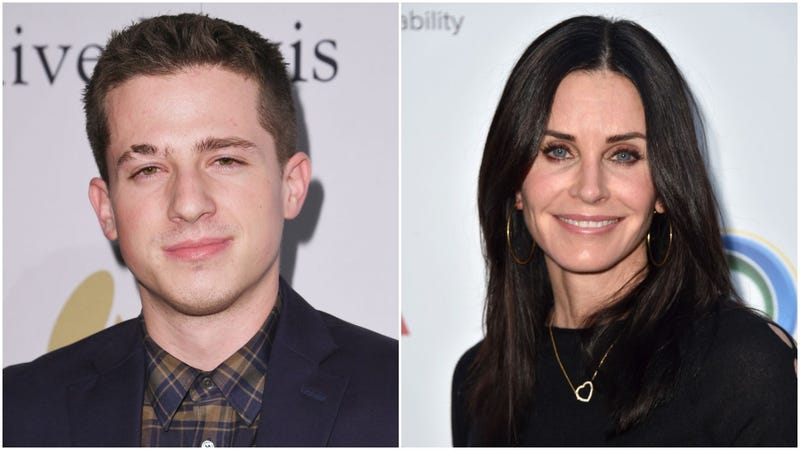 Charlie Puth just showed us how much of a Friends fan he is. He really is a huge fan!

In a new video for Billboard’s QUIZZED series, the 27-year-old singer sat down with Friends star Courteney Cox, who played Monica Geller.

The segment starts out with Puth singing the lyrics to Phoebe Buffay’s (Lisa Kudrow) hit song, “Smelly Cat,” before admitting that he is anxious about the quiz. Cox then responded and said, “"If it makes you feel any better, I don't know one of the answers.”

The game began with a true or false round where Puth answered questions about Rachel’s sisters names, Phoebe’s relationships, and Joey’s stuffed penguin’s name. After answering most of the questions correctly Puth said, “my ego’s going up right now.”

On his Instagram, Puth posted a picture of him holding Joey’s stuffed penguin who is named Hugsy.

Despite getting some questions wrong, Cox awarded Puth "The Geller Cup."

"I'm giving you the Geller Cup. That's right," Cox said. "And I've had this by my bed since the show wrapped,” she continued.

Shortly after the episode was filmed Puth got to hang out with Cox and Lisa Kudrow. Cox shared the picture on Instagram and said, “trying to play it cool with all this heat.”

Trying to play it cool with all this heat. #friends25

sports
Packers were reportedly scouting QB prospects ahead of NFL Draft
news
Here's how your dog can wind up on Budweiser's upcoming beer cans
sports
Luka Doncic on leading NBA with 15 techs: ‘I’m complaining way too much’
news
Ivanka Trump receives 2nd COVID shot: ‘Getting fully vaccinated is the best way to end this pandemic’
music
How much would you pay to own Kurt Cobain's hair?
music
Bed of Rosés: Jon Bon Jovi now has candy to go with his wine