Specific details haven't been released about Beyoncé and Jay Z’s 2020 Oscars party — and Chrissy Teigen might like it that way. But she does want a public apology on the record.

But even for a star as big as Teigen, the pressure of being around Beyonce is too much to handle.

Teigen hinted at an awkward encounter she had with Queen Bey in a post about attending the event that she made on Instagram.

In the too-cute clip, Teigen is standing close to Legend, who reaches in to give his wife kisses on the cheek.

But in the post's caption, Teigen asked for Beyoncé’s forgiveness, apologizing for what must have been an embarrassing (but understandable since it's Beyoncé) display of starstruck fangirl-ism.

"Changed for the night!!" Teigen said. "@Beyonce if there is any, any way you’re reading this please just know I stare at you and don’t talk because I am truly so nervous to say something stupid but we love you and thank you so much!!! (Love to @hairinel and @novakaplan and @monicarostyle for late night glam!!)"

The beginning of Teigen's caption refers to the outfit swap she made between the Vanity Fair and Jay/Bey parties, the former to which she wore a striking green gown with a high leg slit. 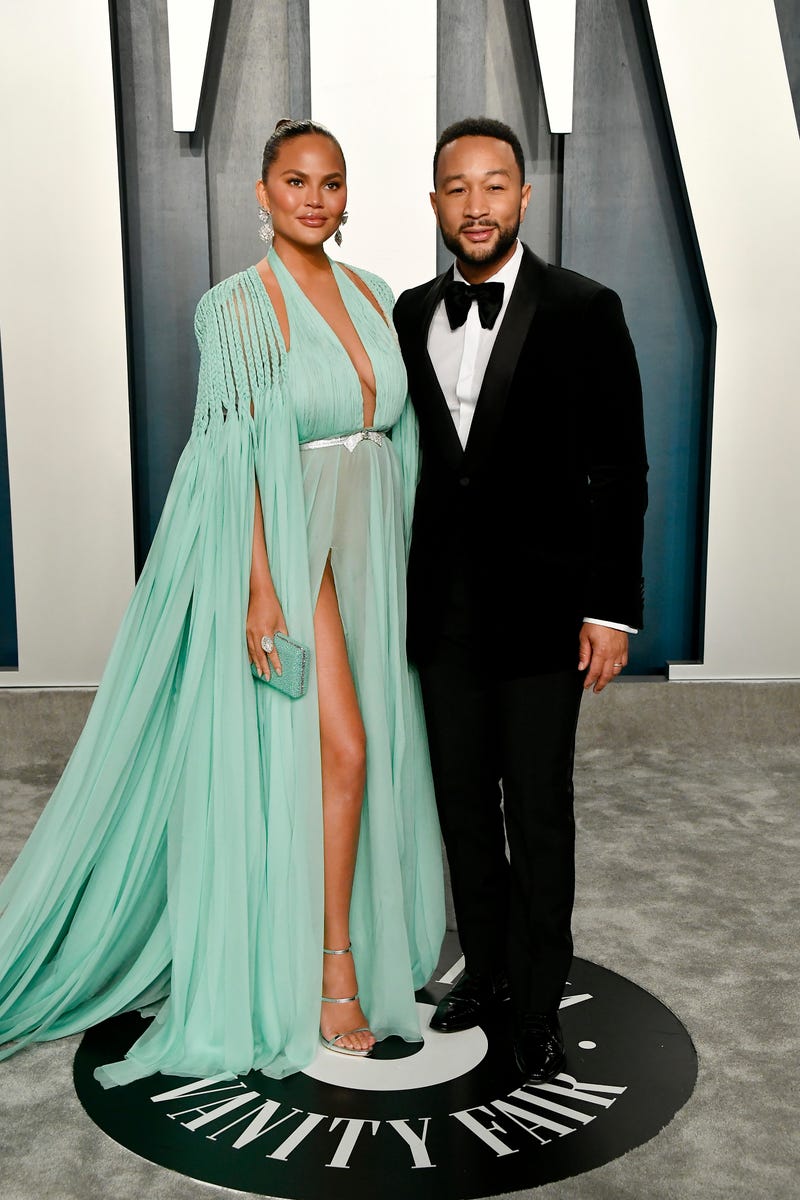 The apple doesn't fall too far from the fashionista tree.

Back in January, Legend was a proud father as he showed off his adorable 3-year-old daughter’s styling skills on Instagram.