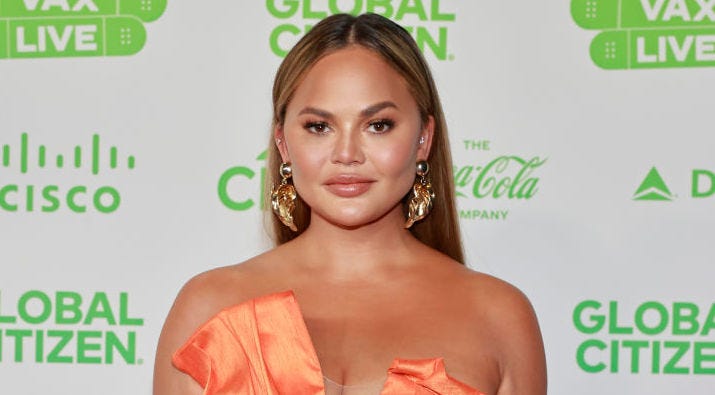 Chrissy Teigen is apologizing for recently resurfaced tweets in which she participated in bullying.

The model and cookbook author, 35, published a lengthy post on Medium on Monday addressing past tweets of hers in which she bullied reality TV star Courtney Stodden for which she came under fire in the last few weeks.

“Hi all. It has been a VERY humbling few weeks,” Teigen began the post.

“As you know, a bunch of my old awful (awful, awful) tweets resurfaced,” Teigen wrote. “I’m truly ashamed of them. As I look at them and understand the hurt they caused, I have to stop and wonder: How could I have done that?”

Teigen said she was still in the process of reaching out to people who had been directly affected by her past social media missives.

“I’ve apologized publicly to one person, but there are others — and more than just a few — who I need to say I’m sorry to. I’m in the process of privately reaching out to the people I insulted,” she wrote.

She also highlighted that there is “no excuse” for the things she said in the past.

“There is simply no excuse for my past horrible tweets. My targets didn’t deserve them. No one does. Many of them needed empathy, kindness, understanding and support, not my meanness masquerading as a kind of casual, edgy humor,” she said.

She also said how a comment from her husband, singer John Legend, about their daughter, Luna, made her look especially inward.

“John tells me almost every day how much our daughter Luna reminds him of me,” Teigen wrote. “Every day, I try to make sure she’s all the best parts of me, all the things I aspire to be all the time, but fail at sometimes. And we preach kindness to her and Miles every chance we get. Will they eventually realize there is some hypocrisy there? I certainly do. But I hope they recognize my evolution. My goal is to be so good that my kids will think this was all a fairy tale.”

In May, Teigen was involved in a bullying scandal after Stodden told Daily Beast that Teigen sent harassing messages in a private message.

The Monday post on Medium was Teigen’s first time addressing the scandal since she apologized on Twitter on May 12.

Monday’s post is the first public statement on the matter she has made since the May 12 apology.