Chrissy Teigen had a “scary morning” at the hospital following two blood transfusions.

She updated her fans about her pregnancy complications on Twitter, writing: “Huge clot, almost save-worthy. The scramble to hear the heartbeat seemed like hours. I never thought I’d relief sigh so much in my liiiiife.”

Just had a really scary morning 😩 huge clot, almost save-worthy. The scramble to hear the heartbeat seemed like hours. I never thought I’d relief sigh so much in my liiiiife

The news comes after she told fans that she was at Cedars-Sinai Medical Center in Los Angeles getting medical treatment due to excessive bleeding in her third pregnancy.

On Monday, she took to her Instagram Story to open up about her pregnancy struggles, explaining: "I got some blood from somebody. So if you donate blood, it goes to actual people, people that might be me." 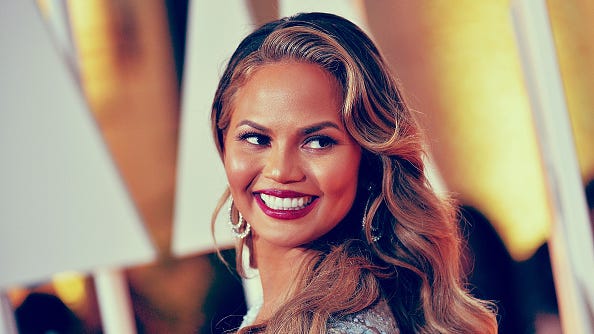 Did Chrissy Teigen Just Reveal the Gender of Her Third Child?

The 34-year-old added, "I kind of feel like I definitely have somebody else inside me right now, which is an odd feeling to have."

She explained that a blood transfusion sounds so much more dramatic than it is. “It's just like an IV except not fluids, it's human blood,” she said.

The star revealed on social media that she suffered bleeding for the past month during her pregnancy. Prior to her hospitalization, she was put on bedrest.

“We all know I’ve been on bed rest for a few weeks and that’s like super serious bed rest,” Teigen said. “I get up to quickly pee and that’s it, I take baths twice a week, no showering, just as little as possible.”

“But I was always, always bleeding,” she continued. “I’m about halfway through pregnancy and the blood has been going on for about a month, maybe a little bit less than a month. We’re talking like more than your period girls, it’s definitely not spotting. A lot of people spot but it’s usually fine. Mine was a lot.”

She said that her baby is doing well, but “in the simplest of terms we can say my placenta is really, really weak.”