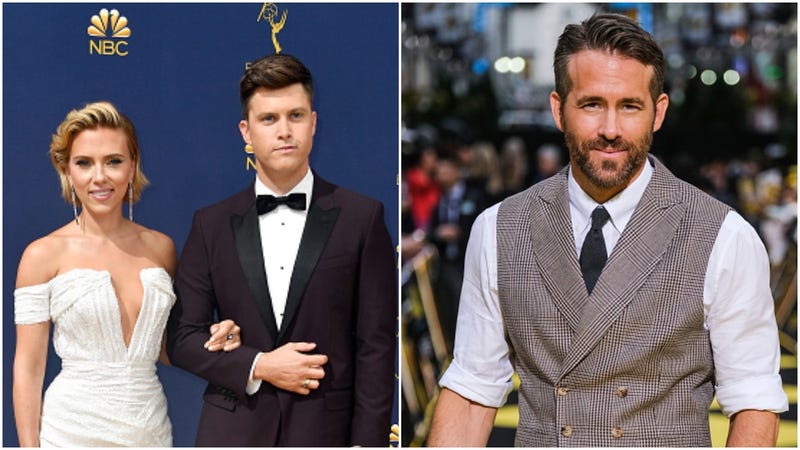 Colin Jost handled a potentially awkward situation like a pro.

The “Saturday Night Live” comedian, who is engaged to Scarlett Johansson, was joined on this week’s episode by the “Avengers” star’s ex Ryan Reynolds.

After Reynolds made a surprise appearance during Will Ferrell’s opening monologue, the “Deadpool” actor then appeared in a Weekend Update sketch, which Jost anchors.

In the skit, cast member Alex Moffat played the wealthy, overly confident and clueless recurring character “Guy Who Just Bought a Boat” and brought out Reynolds as his good friend, “Guy Who Knows the Owner.”

“It’s good to be here, CoJo,” Reynolds said in character to Jost.

By the end of the sketch, Jost was fed up with both of the “Guys” and sarcastically referred to them as “my two best friends.”

While many would find it tense having to not only be in the same room, but also work on live television with your current partner’s ex, Reynolds and Jost appeared to have no issue with it.

“It was cute — there was no problem between them at all on set,” an insider told Page Six.

It would have been really interesting if Johansson, who has made surprise appearances on “SNL” in the past to play Ivanka Trump, would have turned up as well.

After splitting in 2017, Johansson began dating Jost. The pair announced their engagement in May of this year.

The bride-to-be is set to host the NBC show for the sixth time on December 14th.