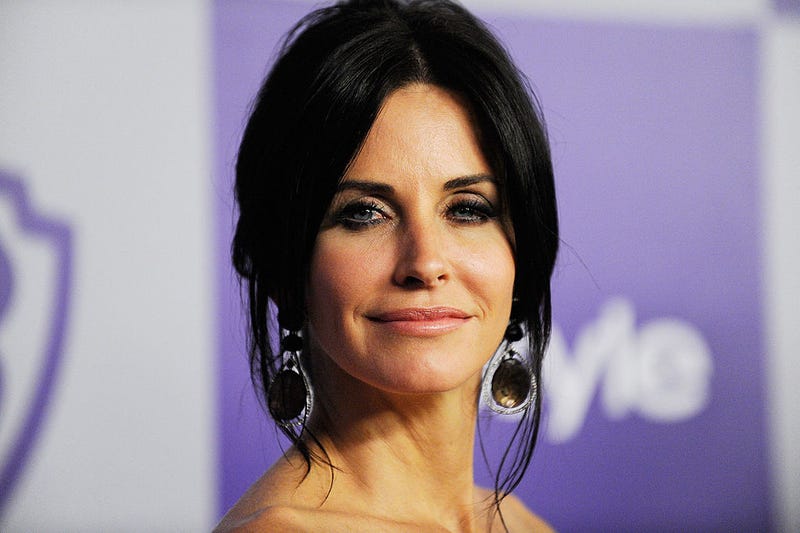 Courteney Cox has no days off!

In a recent video posted on Instagram, the “Friends” star shared the clever way she kills time while sitting on set: giving private studio tours to visitors at Warner Bros.!

A private tour from Monica Geller herself? Where do we sign up?

"Here I am on the backlot of Warner Bros. filming my show, Shining Vale. There's definitely a lot of time in between setups, but I don't get bored. Nope, I see opportunity all around," Cox shared to social media on Wednesday.

The actress, 57, took a break from filming the Starz series to lend a helping hand around the set.

The video shows Cox giving co-star Greg Kinnear a COVID-19 test, serving up and dishing out lunch to the staff, and lastly, riding in a golf cart around to different Warner Bros. stages. Of course, Cox made a stop at her second home, the “Friends” stage.

"[We're coming up to] Stage 5, which is right here on our right," Cox tells the tourists. "This is where Friends started in 1994, and is now occupied by a show called Shining Vale -- starring me," she added.

The video, soundtracked to Fifth Harmony’s “Work from Home,” ends with Cox making a tight right turn in the oversized golf cart, barely missing a parked car in the lot.

“Oh I almost hit the car?” the actress joked, adding, “I didn’t think about that.”

In addition to her lead role in the upcoming series, Cox will also serve as a producer on the project. The series also stars Kinnear and Mira Sorvino.