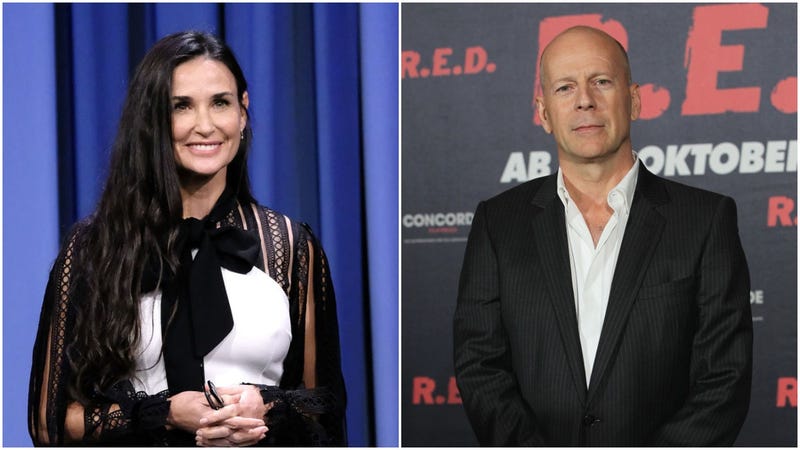 Demi Moore is continuing to speak her truth.

The 56-year-old didn’t hold back when James Corden asked to name a male co-star who should not have been paid more than her and she replied by calling out her ex-husband, according to Fox News.

“You are viewed as a pioneer for equal pay for women in Hollywood,” said “The Late Late Show with James Corden” while playing the truth or dare style game “Spill Your Guts or Fill Your Guts.”

the face of someone who just survived SPILL YOUR GUTS. congrats @justdemi! pic.twitter.com/Nllv3Ekfwa

“Who is an actor you’ve worked with who got paid more money than you that didn’t deserve to?”

“Oh, where do I start the list?,” the “G.I. Jane” star said to avoid having to “fill her guts" with a shot of hot sauce.

“OK, I don’t know if I could say he didn’t deserve. That’s not necessarily up to me to say,” she hesitated, before divulging, “I say Bruce Willis.”

While Moore didn't verify which movie Willis was compensated more for, the former couple starred in three films together: “Mortal Thoughts” in 1991, the 1996 animated comedy “Beavis and Butt-Head Do America,” and “Charlie's Angels: Full Throttle” in 2003.

Fun fact: Moore was co-producer on “Mortal Thoughts” and Willis only had a cameo in the “Charlie’s Angels” sequel.

Married in 1987, Moore and Willis had three daughters before announcing their split in 2000. Despite the demise of their romantic relationship, the pair have remained very amicable exes.

In fact, the 64-year-old was even on hand for the launch party of Moore’s explosive new tell-all, “Inside Out.”

Besides Willis, the memoir exposes intimate details of her marriage to Ashton Kutcher and her romantic relationships with actors such as Emilio Estevez, Rob Lowe, and Jon Cryer.

Moore will next be seen in the upcoming sci-fi drama “Brave New World,” which is set to premiere on NBC’s new streaming platform Peacock in 2020.