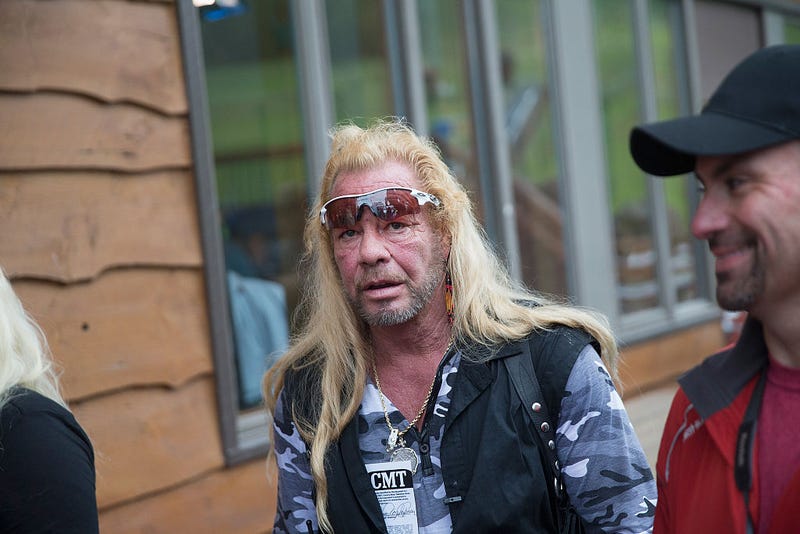 The 67-year-old reality TV star proposed to his new girlfriend, Francie France, over a candelit dinner at their home in Colorado, the couple told The Sun.

The couple, who began dating earlier this year, told the outlet they moved in together and have been quarantining at Dog’s home.

Chapman is thrilled about the engagement. wants to have the "biggest wedding there's ever been" open to all his fans, in what he says will be "one hell of a party."

Francie, 51, says the proposal took her by surprise.

“I wasn’t expecting it at all,” she said.

According to the future bride, Chapman set a romantic scene for the moment.

"I think I had gone to pick up some food and then when I came back he had all the lights turned down with just a few lights on and a bunch of candles lit,” she said.

When she returned, Frane said Chapman told her, “Come in, sit down because I need to talk to you.”

She added: "So I put all the food in the kitchen and I came in and he said, 'I know that God brought you into my life and I don't want to spend one moment of it without you'."

Frane emotionally recalled the moment when Chapman popped the big question: "And he got down on one knee and he opened the ring box and he said, 'Will you marry me and spend the rest of our lives together?'”

Chapman and Frane are planning to wait until after social distancing to tie the knot, as they want Dog's 12 children, Francie's two sons and their grandchildren to all participate in the big day.

But Dog doesn’t want it to just be open to their families.

"I've had so many fans ask 'When you marry Francie, are you going to let your fans come?” he said, adding, "So we're word negotiating right now because I want to open it up.”

"I would love to have the biggest wedding there's ever been,” Chapman declared.

"I'm sorry but that's just me. I hope I can talk Francie into it and open it to my fans, the 'Dog Pound,' to everybody.”

"It would be one hell of a party and it's just what people need right now.” Dog said. "I told Francie, people they need a little love after being locked down. I love the idea of that."

In April, Francie expressed her love for Chapman by posting a romantic message on social media.

“What we thought was the end has become just the beginning!" she wrote in a handwritten note, which she shared on Instagram.

"You are the head and not the tail. I will walk alongside you everywhere God leads us! You are my woman created by my rib not by my heal and you will walk by my side all the days of our lives."

The engagement comes months after a teaser clip for a February episode of “The Dr. Oz Show" revealed Chapman proposing to his son's ex-girlfriend Moon Angell.

But the full episode showed that Dog's proposal was meant to prove a point that he and Moon Angell are just "friends."

It’s been less than a year since Dog’s wife, Beth Chapman, passed away.