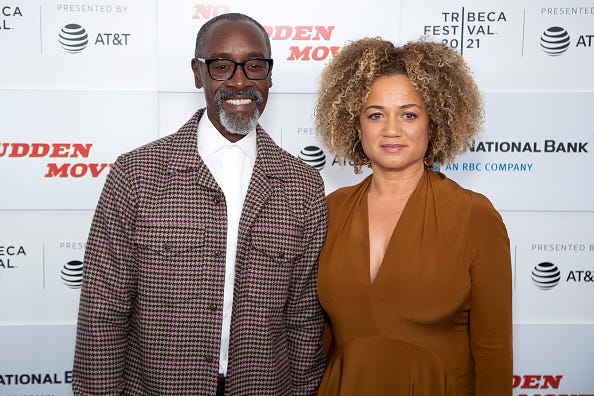 Don Cheadle is a married man.

The “Avengers” star disclosed that he tied the knot with longtime girlfriend of 28 years, Bridgid Coulter, during an appearance on “The Ellen DeGeneres Show” on Wednesday.

The topic came up when Wanda Sykes, who was sitting in for DeGeneres, told Cheadle she owed him an apology.

“You texted me at the top of the year, I guess, and you told me that you just got married,”Sykes said. “And I was like, ‘Oh damn, the pandemic got to Don and Bridgid.’”

The 56-year-old admitted he was a little surprised by her reaction, but Sykes confessed she thought he and Coulter were already married.

“Yeah, I mean, that’s understandable given that we’ve been together 28 years before we got married,” Cheadle said. “I hold you blameless.”

Cheadle and Coulter began their relationship in 1992 and share daughters, Ayana, 26, and Imani, 25. All four appeared together in the 1997 film “Rosewood.”

The Oscar-nominated actor currently stars on the Showtime series “Black Monday” and will narrate the upcoming ABC reboot of “The Wonder Years.”

He can also currently be seen in the period crime thriller “No Sudden Move” opposite Benicio Del Toro and Jon Hamm, which is currently streaming on HBO Max.