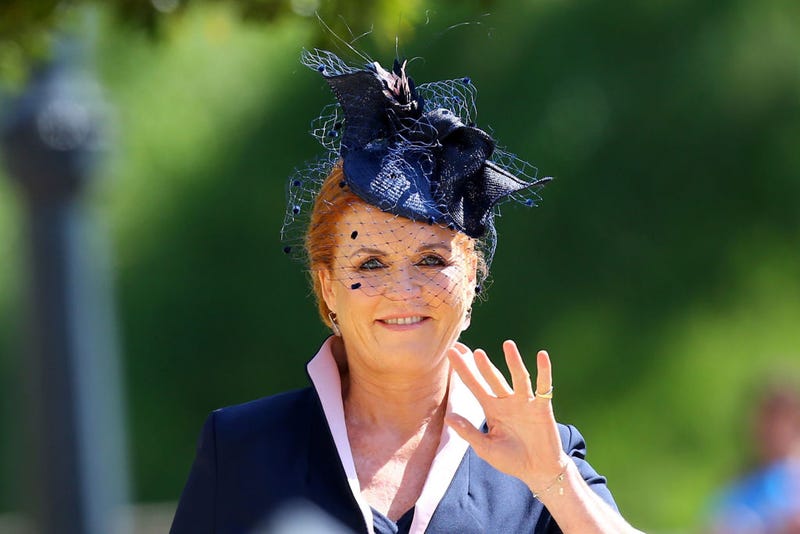 With her 60th birthday just days away, Sarah Ferguson is opening up about the cosmetic procedures she has undertaken over the years.

The Duchess of York has come clean of having had tweaks done to her alabaster complexion which many agreed looked flawless at her daughter Princess Eugenie’s wedding last year, according to the Daily Mail.

“Above all, it was being joyful for Eugenie that made me look good,” the 59-year-old said.  “But I’d had some laser treatment on my face which helped, too.”

In addition to the laser facelift, the mother of two admits to getting vitamin injections, fillers and botox, of which she isn’t a huge fan.

“I had Botox a long time ago when there was nothing else available,” Fergie added.

“I really don’t like the frozen look. I’m so animated and I like to be myself. I don’t like the thought of needles and am very glad if I look well and happy.”

And the Duchess won’t put her royal face into the hands of just anyone, as she’s been a patient of Dr. Gabriela Mercik since 1992.

I visited the pop-up boutique of @brides_do_good @bicesterVillage and was moved by their mission. Brides do Good is a social enterprise that sells designer wedding dresses and donates up to two thirds of the proceeds to projects that provide safe education for girls. Their vision is a world without child marriage #bicestervillage

“I’ve been her guinea pig with new treatments, too,” Ferguson continued. “I’m really happy to be open about what I’ve had done.”

“It’s like garden trellising for sweat peas,” the “Finding Sarah” author said.  “You insert the threads under the skin with a fine needle and they hold everything up.” Ouch!

Although she’s concerned with maintaining a youthful appearance, the 59-year-old is also vigilant about keeping her skin healthy. The former wife of Prince Andrew lost her father and a close friend to melanoma.

“It made me realize you have to look after your skin just as much as your other organs,” Fergie explained. “It isn’t just about aesthetics. We have to think about our skin health.”

For that reason, she doesn’t expose her porcelain complexion to harmful UVA rays.

“That’s why I don’t go in the sun now,” the former Weight Watchers spokesperson said. “The tan I have is out of a bottle is fake."