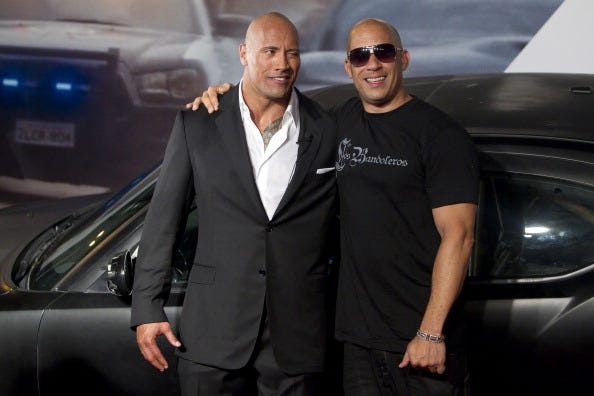 The Rock rose to fame battling it out in the wrestling ring, but it’s his off-screen feud with “Fast and Furious” co-star Vin Diesel that “caused a firestorm.”

In a new Vanity Fair article, Dwayne Johnson opened up about his clash with Diesel and the infamous since-deleted social media post in which he criticized the behavior of “some” of his male cast members.

Back in 2016, Johnson shared a scathing post in which he indirectly called Diesel a “candy ass.”

While Johnson claims “nothing specific happened” to provoke him to share the post, he regrets putting the beef on blast and says “it wasn’t my best day.”

“It caused a firestorm,” he added. “Yet interestingly enough…[it was] as if every single crew member found their way to me and either quietly thanked me or sent me a note. But, yeah, it wasn’t my best day, sharing that. I shouldn’t have shared that. Because at the end of the day, that goes against my DNA. I don’t share things like that.”

Despite wishing he hadn’t aired the dirty laundry, the 49-yea