You’ve got a friend in Dwayne “The Rock” Johnson.

The actor and former pro-wrestler gave his longtime friend Bruno Lauer the surprise of a lifetime this holiday season.

He shared a video of the sweet moment on Instagram on New Year’s Day.

“Meet one of my lifelong friends, Bruno Lauer — or I prefer to call him, 'Downtown Bruno' My mom and I were evicted off the island of Hawaii and I was sent to Nashville, Tennessee to live with my dad. When I landed in Nashville, I quickly found out I wasn't gonna live with my dad. S**t happens, plans change and that's the way it goes,” he wrote in the lengthy caption.

Johnson explained that since Lauer helped him “buy” his first car, he wanted to “return the favor.”

“'I love you, brother. Your kindness and heart - helped change my life's trajectory. And when you're ready to retire from 'the business' you just say the word. I got you covered. We'll go 'downtown.' Enjoy your new ride and give Walls, Mississippi my love and gratitude,” he concluded.

Lauer was touched by Johnson’s generosity. In the video, he can be seen climbing into the driver’s seat and shedding a few tears as he states that no one has ever done something like this for him. 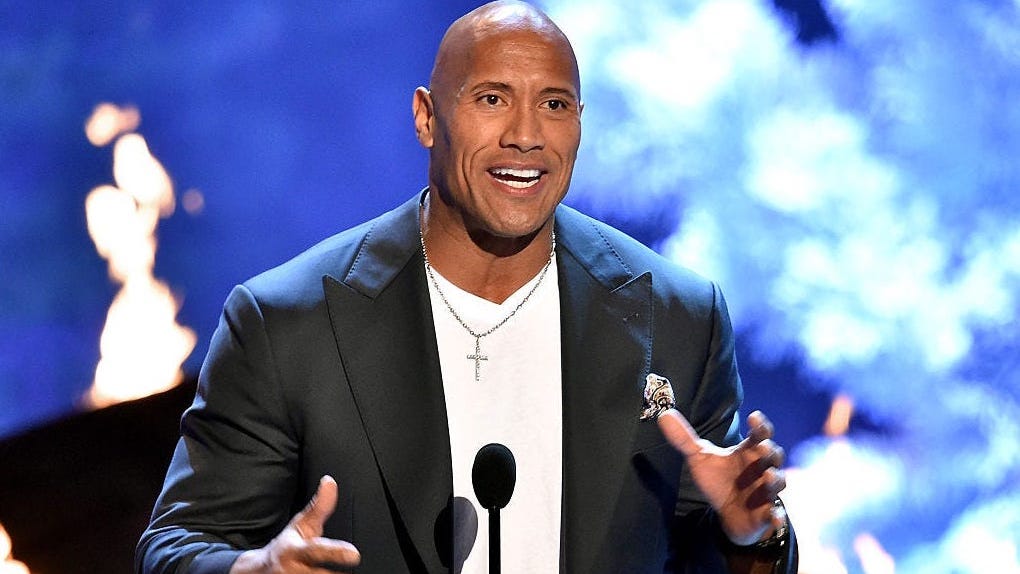 Not only is Johnson the highest paid actor for the second year in a row, the 48-year-old also became the most followed man in America on Instagram in October.