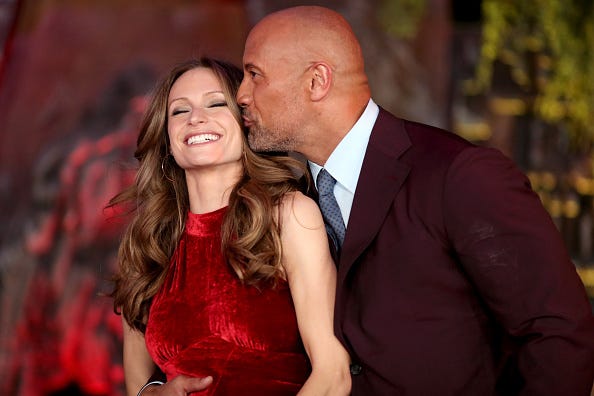 There’s a new Mrs. The Rock Johnson in town! Longtime partners Dwayne ‘The Rock’ Johnson and Lauren Hashian have officially tied the knot.

Johnson took to Instagram on Monday with the news of their marriage.
The photo features Johnson, 47, and his new wife, Hashian, all dolled up in Hawaii for their big day. Hashian, 34, shows off her bouquet while The Rock sports a toothy grin, draped in Hawaiian leis.

According to CNN, the lovebirds share two daughters together – Jasmine, 3, and Tia, 1. Johnson is also the father to 18-year-old Simone from his previous marriage with Dany Garcia.

The happy couple met back in 2006 and began dating in 2007, following Johnson’s divorce from Garcia. Garcia and Johnson still remain friends. Just one year ago, Johnson revealed to Entertainment Tonight that he was in no hurry to get hitched.