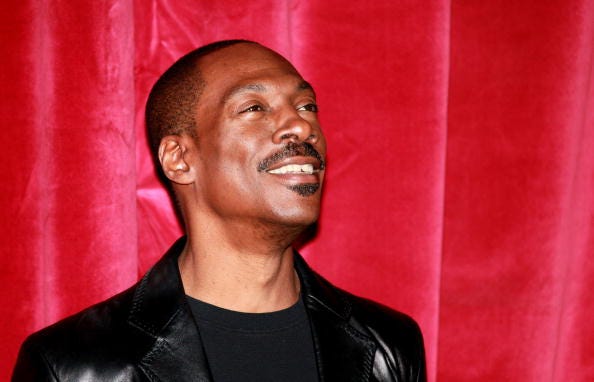 Eddie Murphy’s triumphant return to “Saturday Night Live” may have had people feeling nostalgic for old Murphy bits. But even Murphy will admit that some of his past comedic moments haven’t aged so well.

In an interview on CBS Sunday Morning, Murphy, 58, reflected on his career, noticing that some of the jokes he used to make haven’t held up for a modern day audience. The jokes in question had a homophobic slant. “Some of it, I cringe when I watch it,” he told Tracy Smith. “I’m like ‘oh my God, I can’t believe I said that.’”

During the interview, a clip from his 1983 comedy special “Delirious” was played. In the clip, Murphy made a comment about having “nightmares about gay people.” The clip continued with jokes about AIDS and the use of a gay slur.

While the actor admits he has no regrets in his life, he also reveals the humbling truth that many of his jokes wouldn’t translate well today.

“I get a joke every now and then that’s cringey,” Murphy explained. “But that’s not to say I don’t appreciate it. I still appreciate it. I’m looking at it within the context of the times.”

According to Fox News, Murphy’s recent return to “Saturday Night Live” was his first appearance on the show in 35 years. The show brought back old, fan-favorite characters of Murphy’s such as Mr. Robinson and Gumby.

news
Florida Gov. DeSantis declares state of emergency in response to fuel shortages
news
6 podcasts to help you make the most of your money
news
WATCH: ‘78-years-young’ retiree walks stage to get college diploma
news
Gas prices expected to take roller coaster ride in coming weeks
news
Camping season is here — Check out the best tents you can buy in 2021
news
WATCH: Fisherman gets chased by alligator after reeling it in thinking it was a fish