For Eddie Murphy, "Daddy Day Care" was more than just the name of his his hit 2003 film.

With a very successful Hollywood career, the 59-year-old disclosed his true joy is being a father to his ten children between the ages of 2 and 31.

“I am going to be 60 in April and I have all these babies, I love fatherhood,”  Murphy told the Mirror.  “That is the center of everything.”

"The whole idea of being out there and doing three movies a year, that s*** is over ... I found over and over again and along the way I realized that if you put your children first you never make a bad decision," the actor added.

The “Coming 2 America” star feels he’s extra lucky for how “great” they all turned out.

Murphy’s 19-year-old daughter Bella recently co-starred with him in the long-awaited sequel to his 1988 hit “Coming to America,” and he’s equally proud of all his children.

"My kids are smart and are trying to do stuff. I am blessed with my kids,” he shared. “I really, really got lucky.” 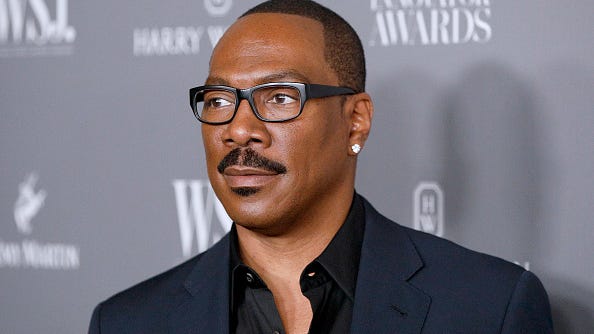