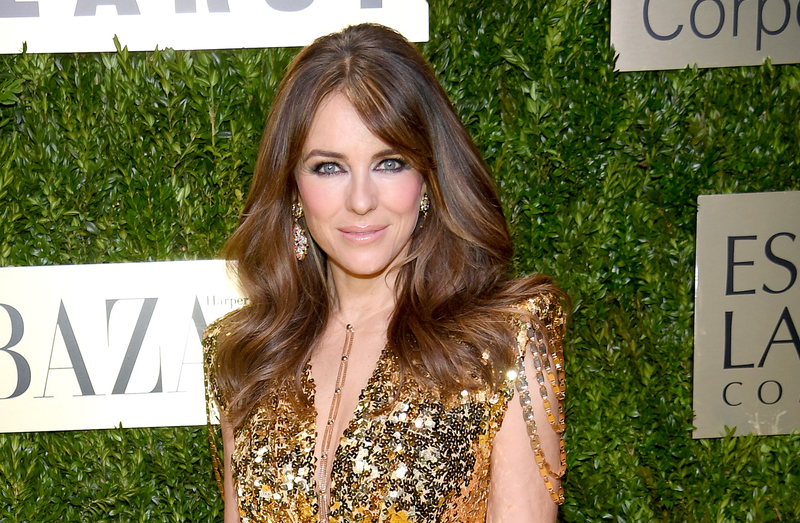 Elizabeth Hurley was having a Versace moment when she walked into the room dripping in gold!

On Moday, the actress turned heads as she made an appearance at the Versace show during Milan Fashion Week.

According to The Telegraph, the 56-year-old model was a vision in the long-sleeved dress from Versace’s “Fendace” collection, a collaboration between Versace and Fendi.

“The Royals” star glowed as she showed off her impeccable figure in the body-hugging, low-cut dress.

In one of the videos on Instagram, she turned the hotel hallway into her own personal runway.

She paired the gold and black dress with matching gold hoops, sandals, and a chunky bag, while embracing a smokey eye look that she balanced out with nude lips.

Hurley shared several pictures from the event on her Instagram page, including a photo with model Paloma Elsesser who modeled the same look on the runway.

“What an evening. A joy to be in Milan for a magical night with @versace @fendi . So many old friends and lots of new ones. I had a blast. Thank you @donatella_versace and @mrkimjones 💃🏻💃🏻💃🏻” she captioned the post.

The “Austin Powers” star was in good company as she posed with her 19-year-old lookalike son, Damian Charles Hurley, who attended the show in a plunging pristine black blazer that showed off some skin. 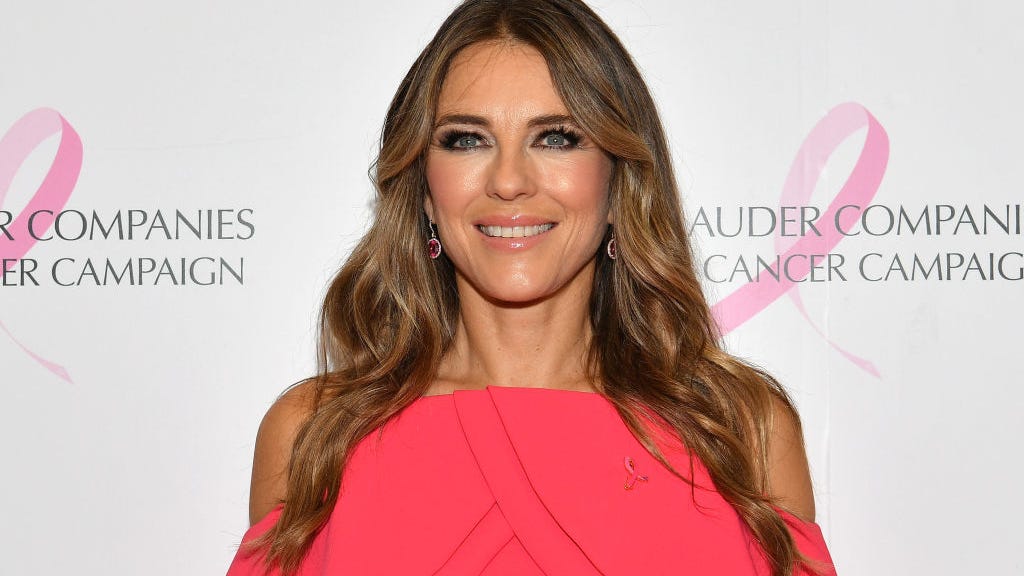 Back in 1994, Hurley made a fashion statement when she wore an iconic little black Versace dress that featured oversized gold safety pins to the London premiere of “Four Weddings and a Funeral” alongside then-boyfriend, Hugh Grant.

The glammed up look is a change of pace for Hurley, who has spent much of the summer showing off various swimsuit looks from her collection titled Elizabeth Hurley Beach on social media.