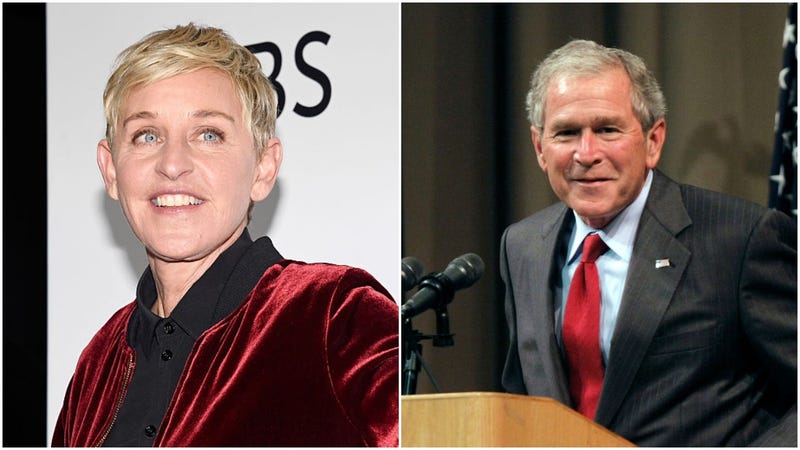 Over the weekend, Cowboys and Packers fans alike were thrilled to see Ellen DeGeneres at Sunday’s game. What they weren’t expecting? DeGeneres was seated right next to George W. Bush.

The two attended the game alongside their wives, Laura Bush and Portia de Rossi. But when a clip of Bush and DeGeneres laughing together quickly went viral on social media, fans of DeGeneres had some questions about why she would be hanging out with the former POTUS, considering their contrasting political beliefs.

In “Ellen Show” fashion, DeGeneres quickly whipped up a bit about the rendezvous, explaining her side of things.

Yes, that was me at the Cowboys game with George W. Bush over the weekend. Here’s the whole story. pic.twitter.com/AYiwY5gTIS

She began with a quip about how shocking it should have been that she was spotted at the game at all.

“It may not seem like a big deal for a celebrity to attend a football game, but I never leave my house, so it is a big deal,” she said.

She then went on to explain that she and de Rossi were invited to the game by Charlotte Jones, whose father, Jerry Jones, owns the Dallas Cowboys. They were seated in a “fancy” suite, accompanied by other friends of the family.

The talk show host continued, “Just because I don’t agree with someone on everything doesn’t mean I’m not going to be friends with them.”