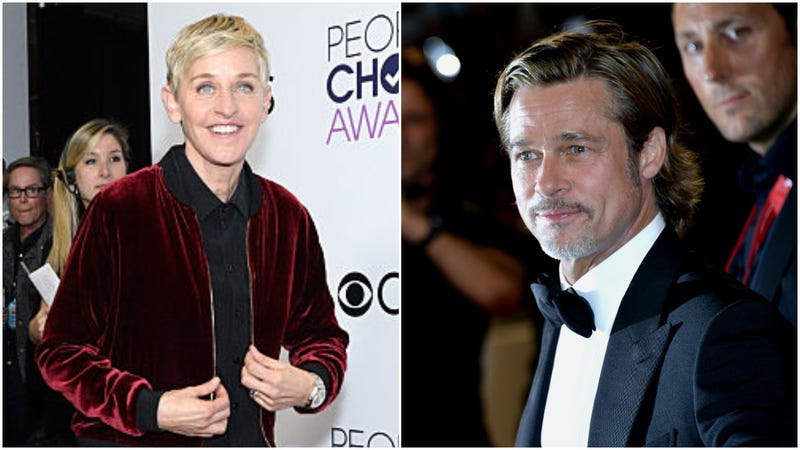 Brad Pitt has more in common with Ellen DeGeneres than he realized.

While appearing on her talk show, the “Ad Astra” star found out he and DeGeneres dated the same woman in the past, according to E!

The revelation occurred after DeGeneres asked Pitt if he remembered how they met.

“I remember a Melissa Etheridge pool party, where I think you were hitting on my girlfriend,” the 55-year-old actor said recalling it was in the late ‘80s or early ‘90s.

He added, “I was flattered.”

That’s when DeGeneres dropped the news she hooked up with another one of his former girlfriends.

“I actually since that, I have dated another one of your girlfriends,” she said, before quickly adding, “We’ll talk about that later.”

Pitt concurred by chiming in, “After the show.”

While neither named names, DeGeneres has been married to “Arrested Development” actress Portia De Rossi since 2008.

Prior to tying the knot, the comedian had high-profile relationships with Anne Heche and photographer Alexandra Hedison, who is currently married to Jodie Foster.

Besides his Hollywood marriages to Angelina Jolie and Jennifer Aniston, Pitt was briefly engaged to Jill Schoelen and had long-term relationships with Gwyneth Paltrow and Juliette Lewis.

Since his divorce from Jolie, the father of six hasn’t been publicly linked with anyone.