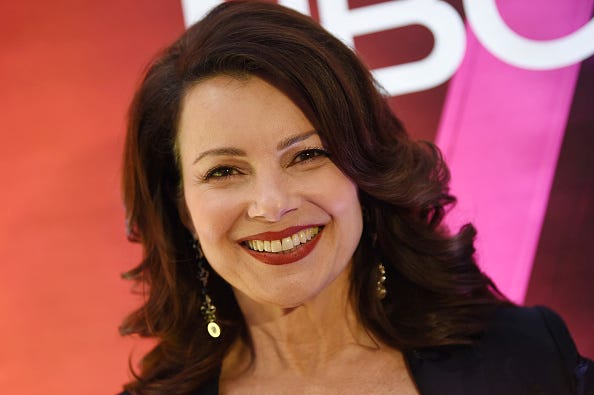 “The Nanny” may have raised three kids on the '90s sitcom, but in real life, Fran Drescher was never able to have kids on her own.

"I think I would have been a good mum, and sometimes I think I kind of missed out on that," Drescher admitted during an interview with The Cut.

While it may have seemed like Drescher -- known for her nasally voice, thick New York accent, and recognizable laugh -- had it all following the end of the sitcom’s 6-season run in 2000, behind closed doors, she was diagnosed with uterine cancer.

The then 42-year-old was forced to undergo a hysterectomy following the diagnosis, which resulted in her inability to have children.

Drescher revealed that she believes her situation was directly related to an incident that happened 15 years prior when she was raped at gunpoint by two men during a home invasion in her LA home.

"It was strange — and kind of poetic — that my reproductive organs, of all things, had cancer. But it was also an amazing affirmation that pain finds its way to exactly the right place in the body if you don't deal with it," Drescher wrote in an essay for InStyle.

"Since I hadn't been paying attention to my own vulnerabilities, my pain from the rape lodged itself in my uterus."

Drescher dealt with her new reality by raising cancer awareness through her book, “Cancer Schmancer." She also started a non-profit of the same name.

"After Cancer became a whole new life. Suddenly I was a person who couldn't have children. But I gave birth to a book, Cancer Schmancer, and launched a movement with the goal of transforming people from patients into medical consumers," she revealed in her essay.