The Golden Globes kicked off 2020 with a bang!

“1917” walked away the biggest winner of the night, beating out Scorsese’s highly favored “The Irishman” for best drama film.

There were no end of shocking moments last night, from the awkward to the hilarious to the downright emotional.

Catch the best moments from last night’s show below. 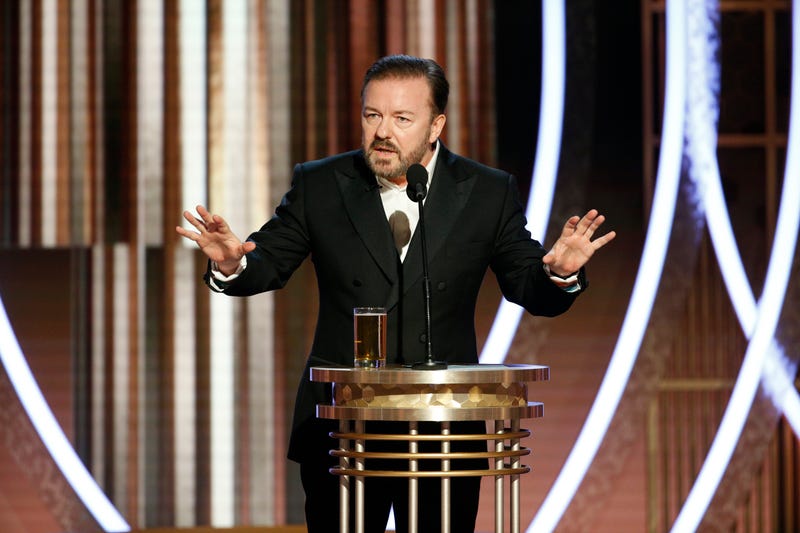 While Gervais recently expressed regret at one joke he made while hosting in the past, last night Gervais did what he did best on his fifth time hosting: making the room groan a little.

One hilarious standout was when he poked fun at Leonardo DiCaprio’s habits of dating younger women.

"Leo DiCaprio attended the premiere [of “Once Upon a Time in Hollywood”] and by the end, his date was too old for him," the host said before the camera turned to Leo laughing. 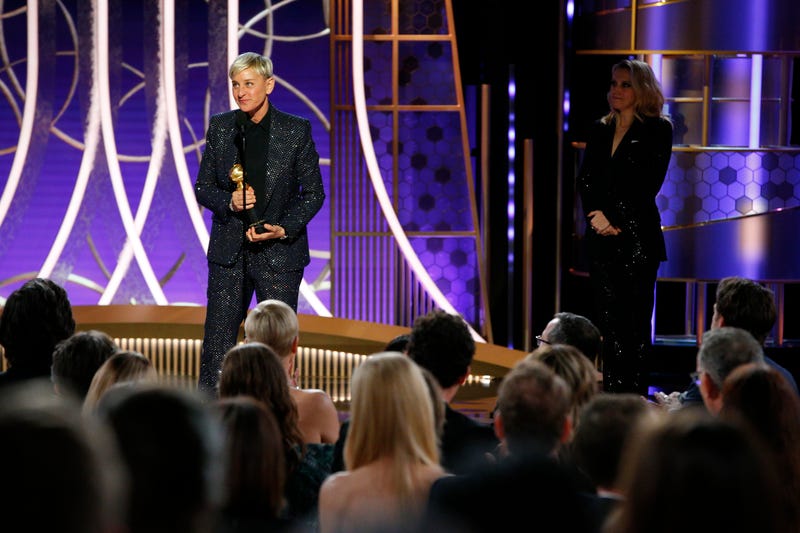 Ellen Degeneres was lauded with the Carol Burnett Award, a lifetime achievement accolade. The award was presented to the talk show host by “SNL” cast member Kate McKinnon.

In an emotional tribute speech, McKinnon, who has been openly gay for years, talked about the boundaries Ellen broke through for LGBTQ community when she publicly came out in 1997, and the perssonal impact it had on her.

“In 1997, when Ellen’s sitcom was in the height of its popularity, I was in my mother’s basement lifting weights in front of the mirror and thinking, ‘Am I gay?’” the “SNL” star quipped.

McKinnon continued on a more serious note, “If I hadn’t seen her on TV, I would have thought, ‘I could never be on TV. They don’t let L.G.B.T. people on TV.’ And more than that, I would have gone on thinking that I was an alien and that I maybe didn’t even have a right to be here.”

During her acceptance speech, Ellen reflected on her career and the several years it took to find her new place in the entertainment industry. “I had a sitcom, and I lost that sitcom. Then I had another sitcom, and I lost that sitcom, too," DeGeneres said. "I got to do something I always wanted to do: Make whiskey. Then I got a talk show ... and I was able to be myself." 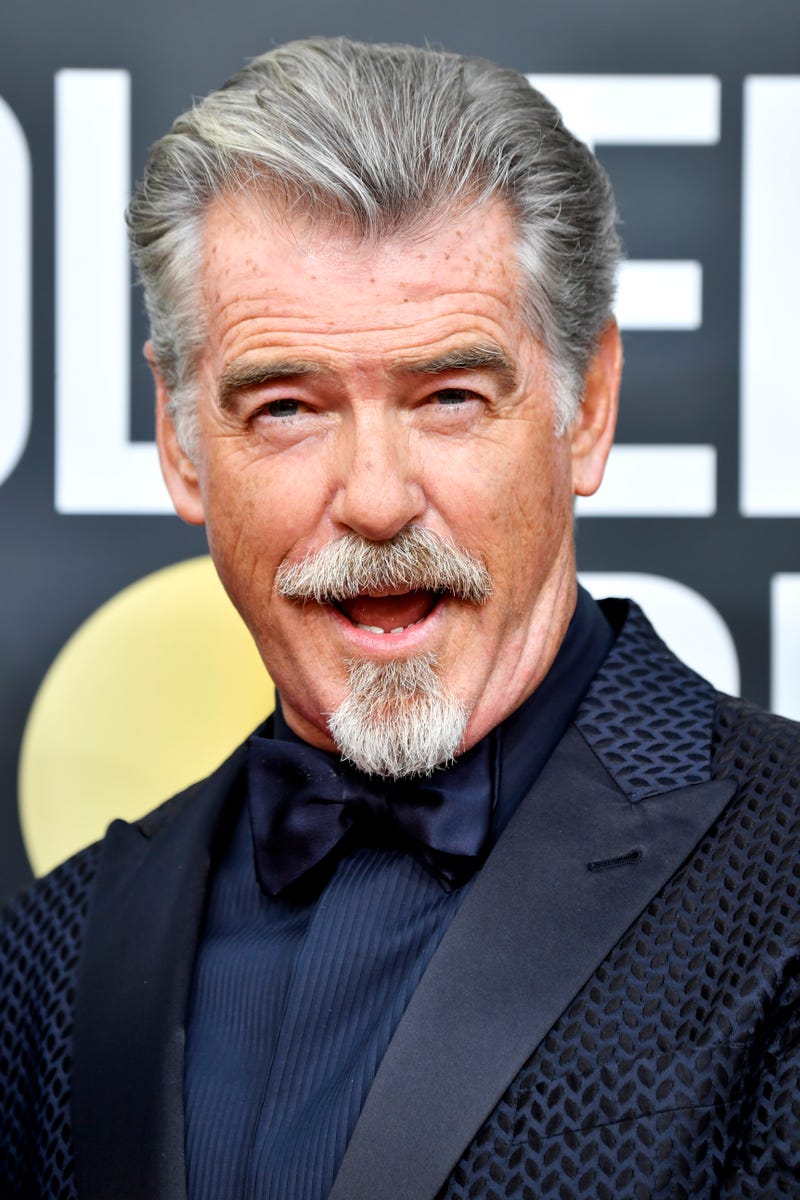 Pierce Brosnan showed up to the red carpet rocking a goatee. But what started as a new look for Pierce may be the gateway to his next big role.

Viewers took to Twitter with some hilarious zings about Brosnan’s new look, saying he looked like the founder of KFC.

One user said he was “styled as sexy Colonel Sanders.”

“Pierce Brosnan proves that you either die James Bond or live long enough to look like a Bond villain,” said another.

Tom Hanks gets choked up

Tom Hanks was also honored last night with a Cecille B. DeMille Award.

The “Beautiful Day in the Neighborhood” star had his charm on full display during the speech.

But the actor got choked up when it came time to thank his wife, actress Rita Wilson.

"A man is blessed with a family sitting down front like that," he said. "I can't tell you how much your love means to me."

The award was presented to Hanks by Charlize Theron, who had a role in his directorial debut, “That Thing You Do!” 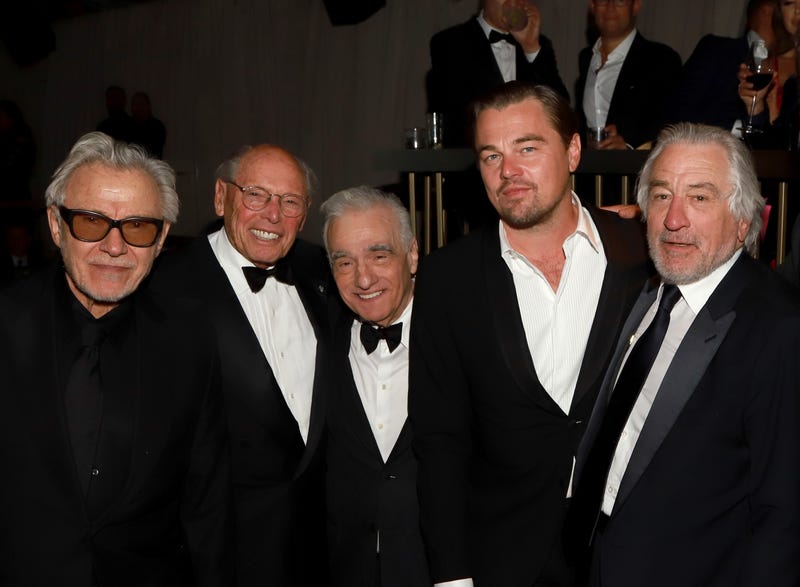 Netflix nabs just 2 of its 34 nods

At a time when streaming platforms have made their presence known at award shows, yesterday’s Globes could have been a big moment. Netflix in particular scored 34 nominations throughout the evening.

One favorite was Martin Scorsese’s “The Irishman,” which was up for best film drama.

But “The Irishman” didn’t win any of the awards it was up for. And Netflix only won two — Laura Dern for her role as a divorce lawyer in “Marriage Story” and Olivia Colman for her portrayal of Queen Elizabeth II on “The Crown.”

People can’t stop humming about Brad Pitt and Jennifer Aniston — and just exactly what terms the exes are on these days.

Based on their appearance at the Golden Globes last night? Pretty good!

Although the two were never seen together last night, there were two moments that showed the two were on good terms with each other.

During Brad Pitt’s acceptance for best supporting actor in a motion picture for his role in “Once Upon a Time in Hollywood,” Aniston smirked at a joke the 56-year-old actor made about why he didn’t bring his mother to the event.