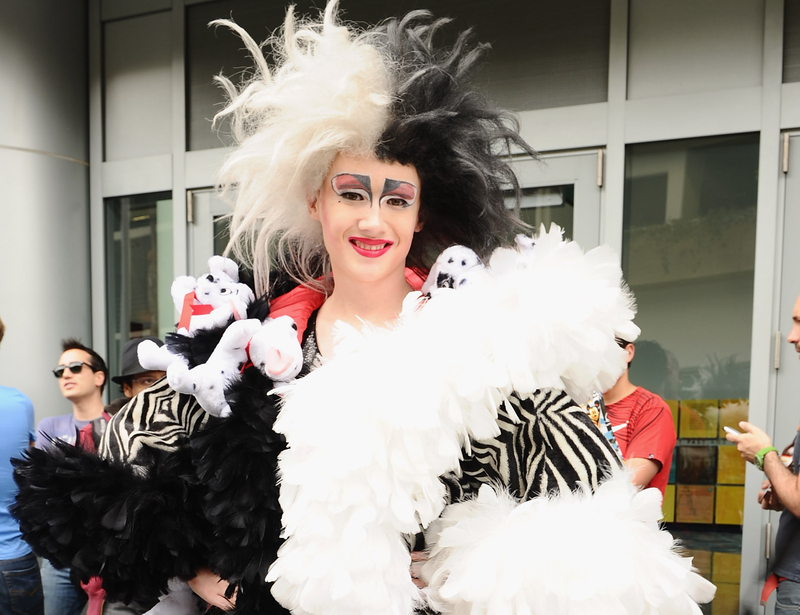 2021 was a good year for TV shows and movies; “Bridgerton” flirted its way into our hearts with curtsies, manners, and Regé-Jean Page, “Squid Games” captivated and terrorized the nation, Disney+ allowed us to connect our favorite superheroes on a deeper level, and plenty of highly-anticipated movies -- from “Halloween Kills” to “Venom” -- hit theaters following a COVID-19 delay.

Looks from these shows and movies ensure that not only will you have a great costume idea for your upcoming spooky season celebrations, but heads will turn (or roll!) when they see you!

To help you get started, we rounded up a handful of pop culture influenced outfits that will be great costume ideas for your upcoming spooky season celebrations: 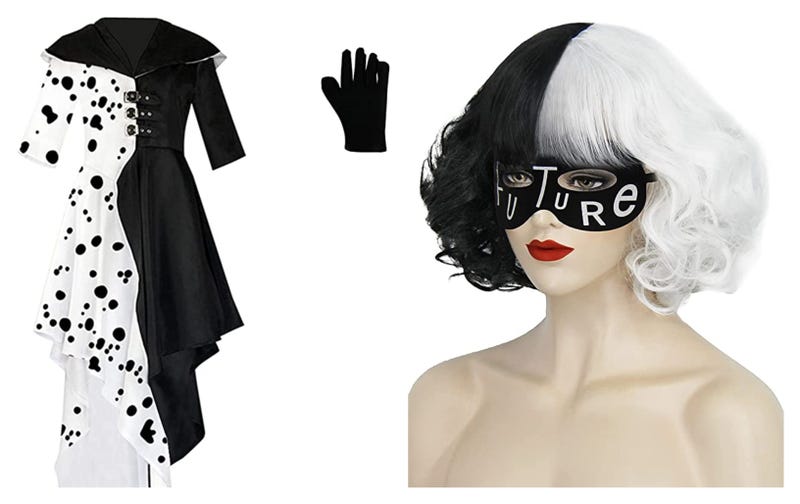 Emma Stone gave new life to the fashion-obsessed heiress who wishes to wear her spotted puppies. Embody the look with a two-toned dress and a half black, half white wig. 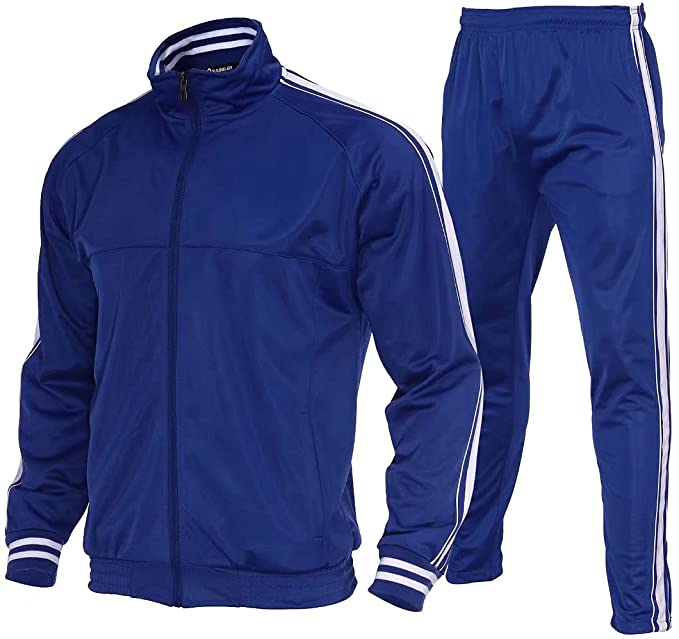 Channel Ted Lasso’s love for matching tracksuits this Halloween. Bonus: you’ll be the comfiest person at the party… guaranteed. Don’t forget to accessorize with shades and a whistle to complete the look! 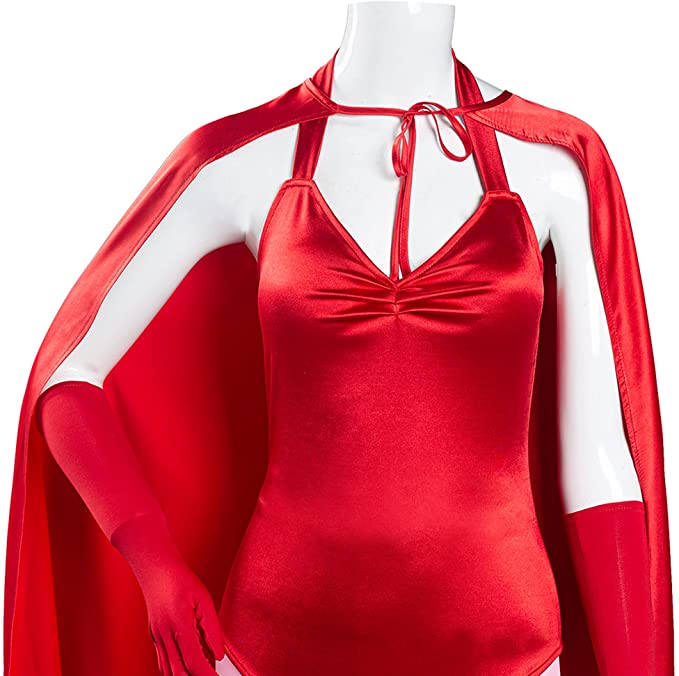 Wanda became a household name when the first season hit Disney+ earlier this year. You can honor the series by rocking her exact Halloween costume this year to channel your inner Scarlet Witch. 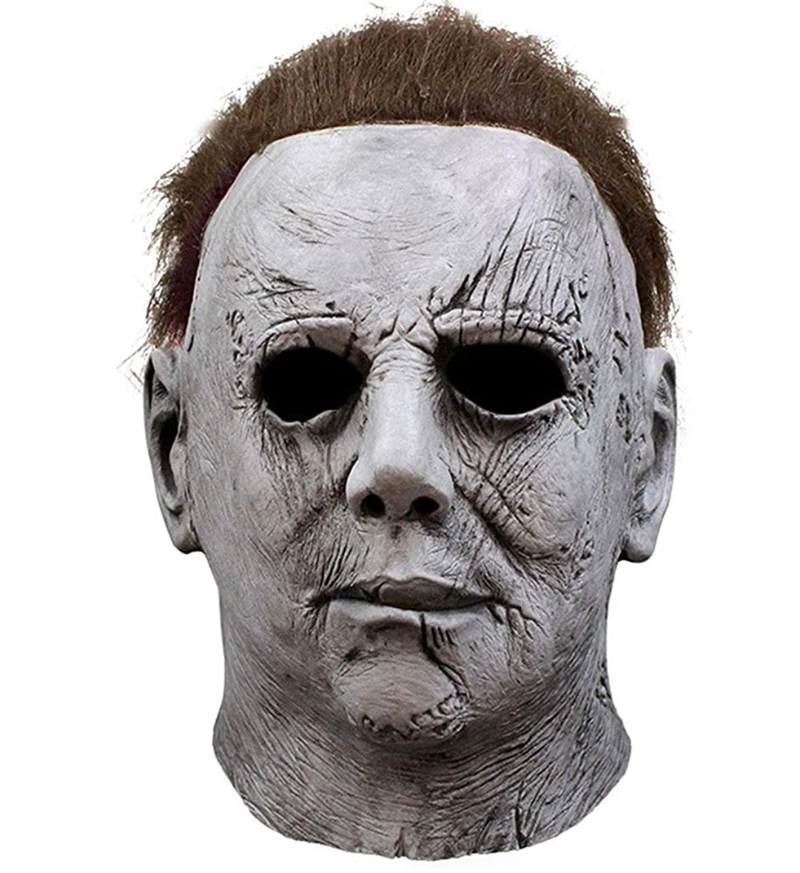 The Michael Meyers mask is iconic, but with a new installment hitting theaters to put an end to the battle between Michael and Laurie, it’s timely too. 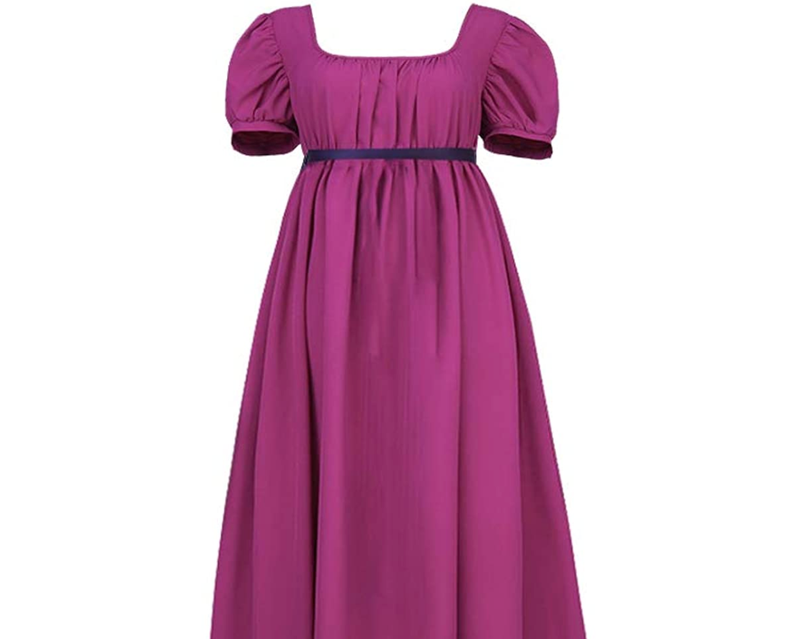 Oh, you fancy, huh? Daphne Bridgerton would be impressed with this regal dress. She might even want to buy it. Who knows, maybe you’ll even find your own Simon? Just don't forget the white gloves! 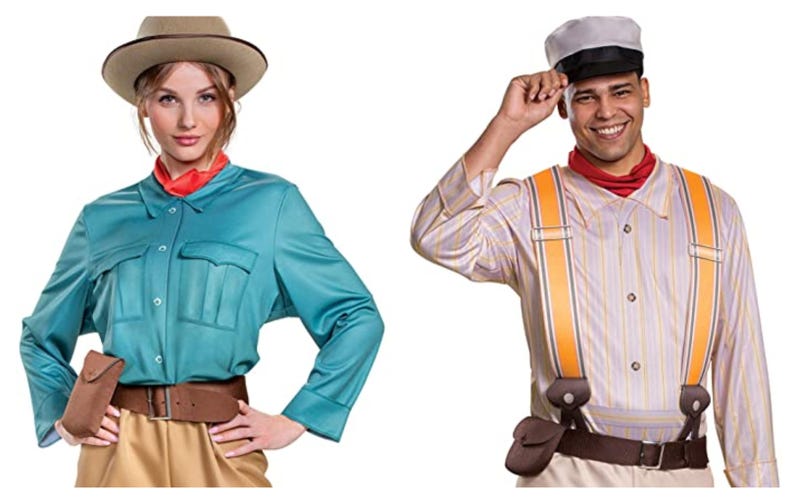 Calling those brave enough to take a journey down the Amazon. Dressing up as Dr. Lily Houghton (Emily Blunt) and wisecracking skipper Frank Wolff (Dwayne ‘The Rock’ Johnson) is the perfect couple costume. 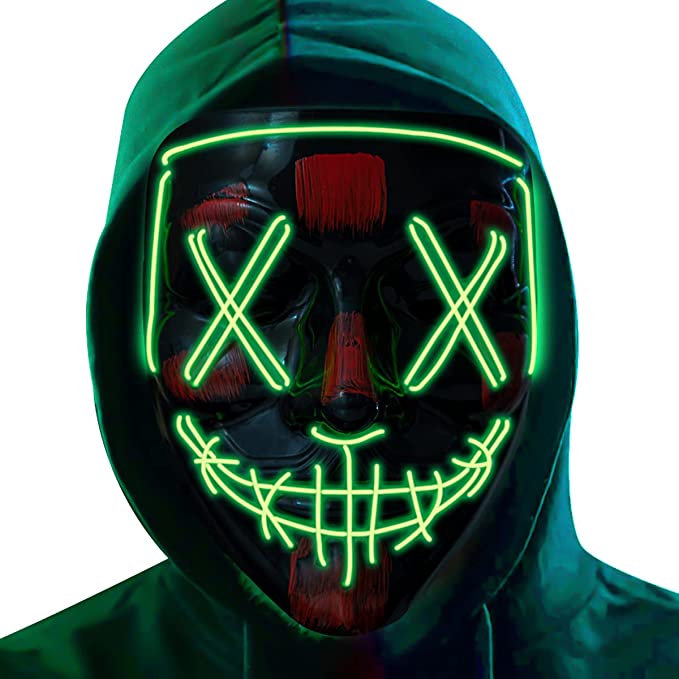 “The Forever Purge” hit theaters this year to breathe new life into the franchise. Now, you can bring the dystopian horror to the real world with the flashing mask that’s bright and haunting. And hopefully, you don’t hear the sirens while you’re out celebrating… or else. 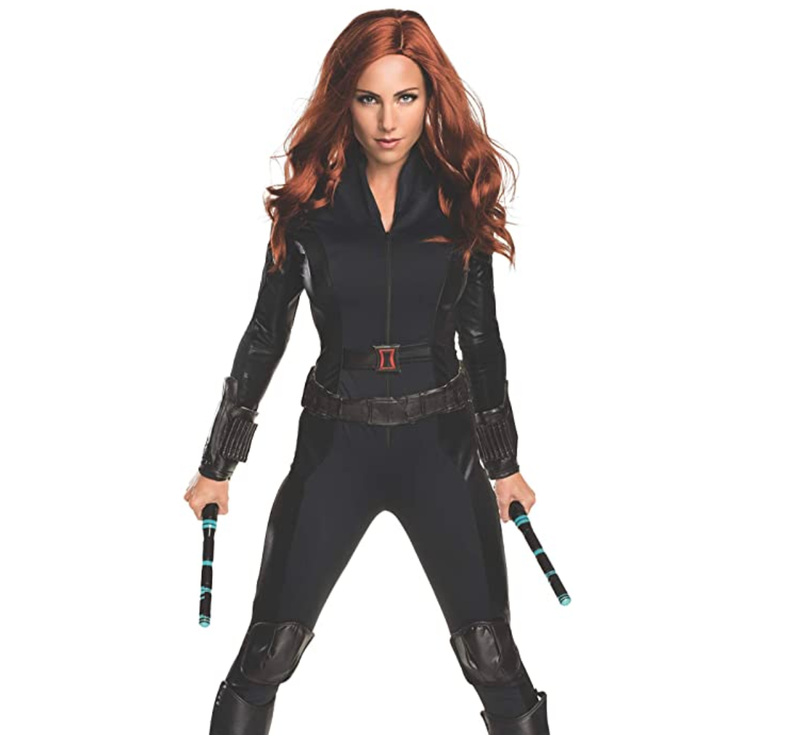 The spy-turned-Avenger had one of the biggest box office moments this year. Dress up like Natasha Romanoff for Halloween and no one will mess with you this spooky season. Don’t forget the auburn wig to complete the look! 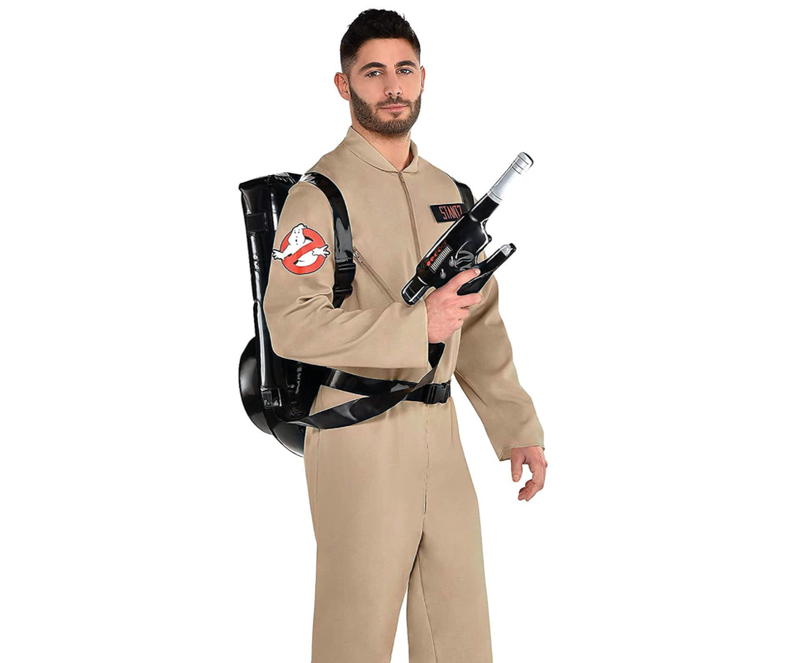 The classic initially came out in 1984, but the love for the spook-hunters has been revived with the upcoming “Ghostbusters: Afterlife” hitting theaters this November. The classic costume comes with a proton pack so you can capture all the ghouls and goblins! 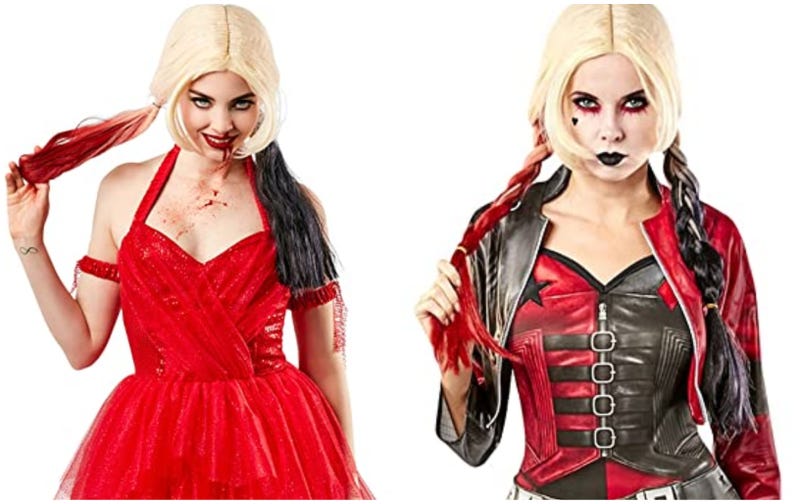 We’re all a little mad, so why not have a little fun with it by dressing up as one of the most dangerous supervillains in the world. You can choose from two different outfits worn by Harley Quinn in 2021’s “Suicide Squad” -- the red costume dress or the DC look. Be sure to pair either with the braided red and black wig for accuracy. 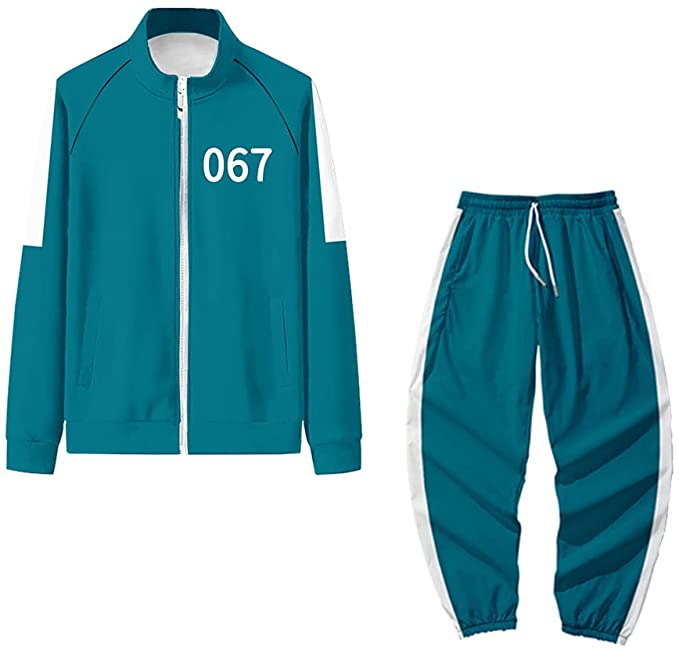 Join the games now with several costumes inspired from the Korean thriller, which is primed to be Netflix's biggest drama to date.

You can grab the tracksuit here or find more costumes here! 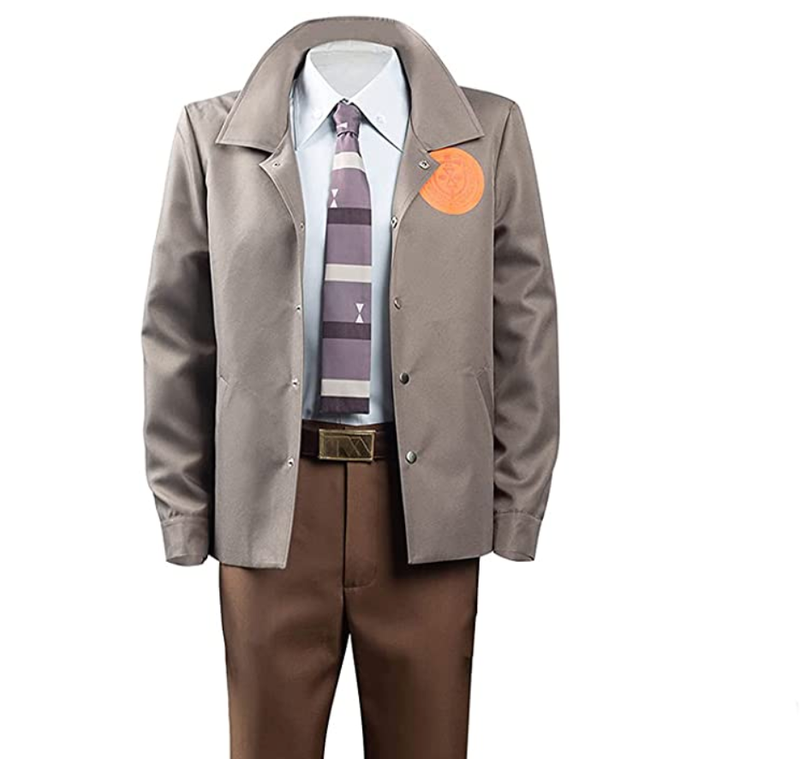 Cause trouble just like The God of Mischief, who went on plenty of time traveling adventures throughout the first season on Disney+.

Buy the costume now on Amazon 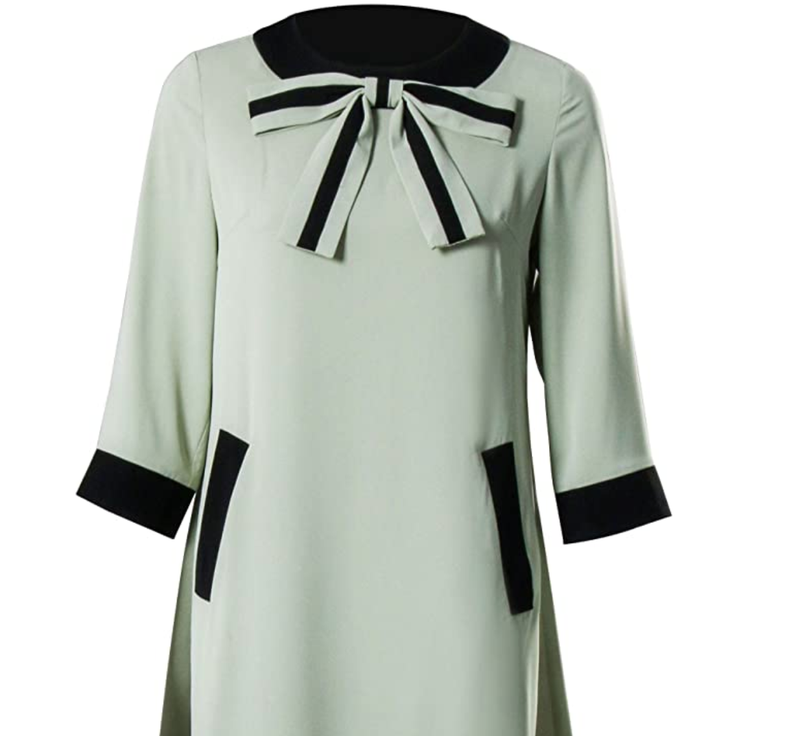 This outfit will have people shouting: “checkmate.” Dazzle as the world’s greatest player, Beth Harmon, in this classic 60s vintage dress. Complete the winning look with an auburn wig! 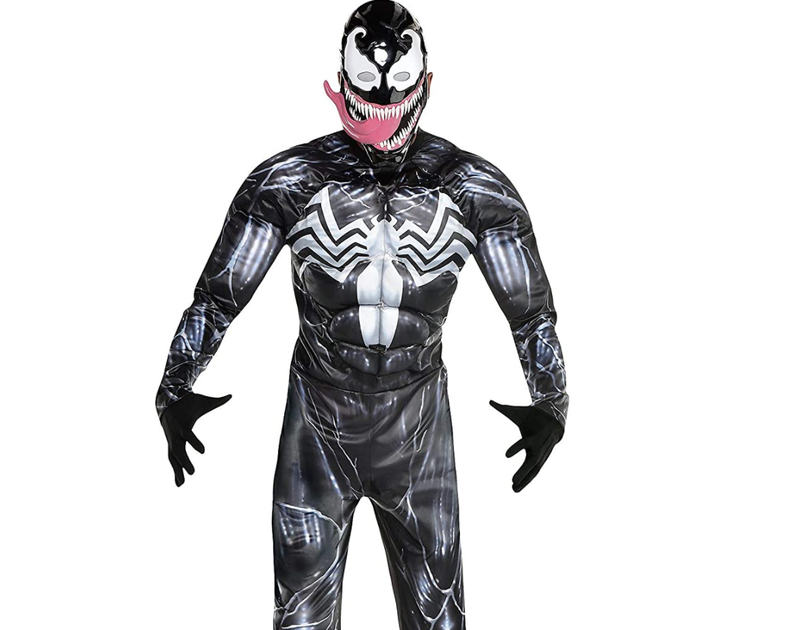 “We are Venom!” Bring home the mayhem when you dress up as the symbiotic villain and Spider-Man’s arch nemesis, who hit the big screen again this year in “Venom: Let There Be Carnage.”