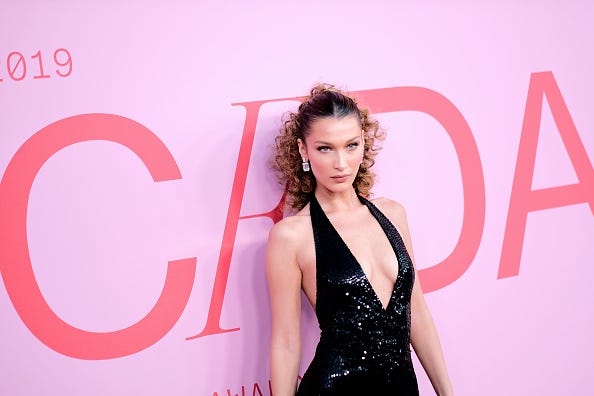 Nothing says "rating women on their looks is a bit outdated" like implementing a math formula used by the ancient Greeks to determine who is the world’s most beautiful woman in 2019.

But that’s exactly what a British plastic surgeon has done to declare supermodel Bella Hadid the closest specimen of physical perfection on Earth, according to the Daily Mail.

While it doesn’t take a rocket scientist, let alone a cosmetic surgeon, to find the 23-year-old runway queen absolutely stunning, Dr. Julian De Silva - who runs London’s Centre For Advanced Facial Cosmetic and Plastic Surgery - implemented what’s known as the Golden Ratio of Beauty Phi to crown Hadid with the title of World’s Most Beautiful Woman.

Back in the day, artists and architects like Michelangelo and Leonardo da Vinci used the Golden Ratio to mathematically compute the beauty in their masterpieces.

Now, De Silva has taken the formula and put it to important use to rate the attractiveness of famous women by assessing their eyes, brows, nose, lips, chin, jaw and facial shape. Forget equal pay, give us their measurements!

So take out your calculators and check out the ten most beautiful women in the world based on the good doctor’s math skills.

Bella Hadid came in first place with a Golden Ratio score of 94.35% and, according to De Silva, “is a worthy winner with stunning facial symmetry and a chin only 0.3% away from perfection.” The Weeknd might want to reconsider being “just friends.”

Queen Bey will have to settle for second place as she scored 92.44%. And while the pop diva “had a nearly perfect score for her face shape” it just wasn’t enough to snatch the crown. Boy, bye!

The 33-year-old takes third with 91.85% and “ranks high because of the wonderful shape of her nose and chin.” And if anyone has anything else to say they’ll have to answer to Aquaman.

Despite being the most followed woman on Instagram, Ariana Grande was still only able to garner enough likes to get a Golden Ratio score of 91.81%. Thank u, next!

Thank you to the fans who voted, our excellent cast, @todrick , @drewkirsch and everyone who worked so hard on the You Need to Calm Down video. @vmas Video of the Year 🤯 I MEAN JUST WOW GUYS YOU DID THAT HUH 🙏🙏🎉 📷: @kevinmazur // @gettyentertainment

Taylor Swift rounds out the top 5 with 91.64% and, according to De Silva, “rates very highly for her chin and lips but was kept back by a low score for her eyebrows.” Um, you need to calm down!

At 45, the iconic supermodel is the oldest woman on the list and struts into 6th place with a score of 91.05%. She also has the “second highest marks for her eyebrows and one of the highest scores for her eye spacing.” And everyone knows if you don’t have good eye spacing you ain’t got nothin’! 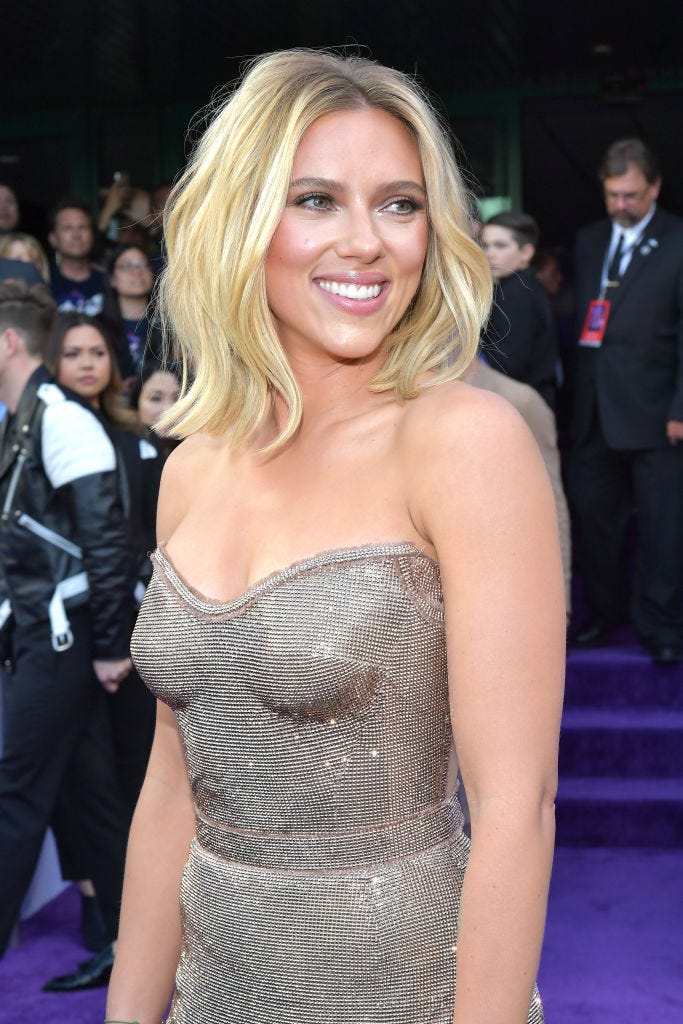 Despite all of her talents and beauty, the “Avengers” star’s super powers could only take her to 7th with 90.91%. She’ll just have to settle with being the highest-paid actress in Hollywood.

Honored to be featured in @elleusa’s Women in Hollywood issue, alongside so many talented women.

She may have won a Best Actress Oscar before she was 30, but Natalie Portman’s Golden Ratio score of 90.51% was only good enough for 8th place. Oh the humanity!

Katy Perry’s “California Gurl” looks get a 90.08% and have her on lock for 9th place, according to Dr. De Silva. That’s something to ‘Roar’ about!

London premiere 👋🏼 I cannot wait for you all to watch @carnivalrow on @amazonprimevideo TOMORROW!!

With “top marks” for her eyebrows and “full lips,” the 27-year-old model/actress closes out the list with a score of 89.99%. If looking like Cara is only good enough for tenth place, then God help the rest of us!