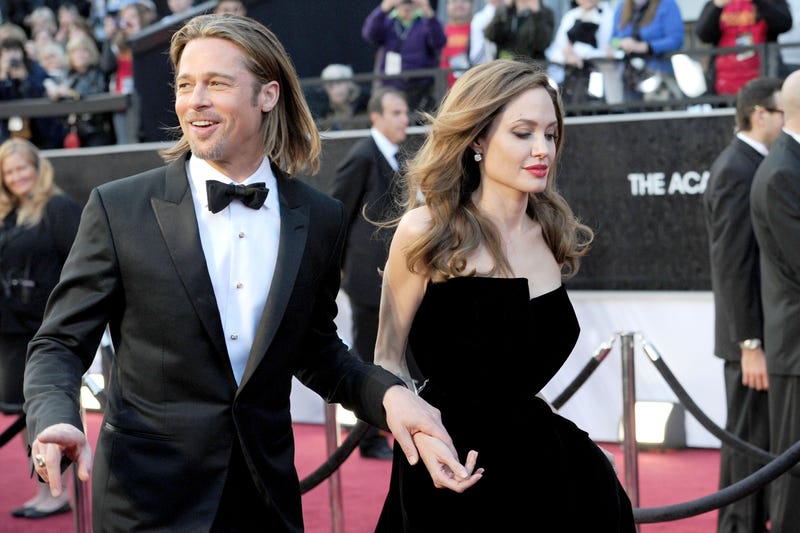 Pitt cleaned up at the Golden Globes and SAG Awards, winning gold at both and poised to do the same tonight for his role in Quentin Tarantino’s “Once Upon a Time in Hollywood.”

And the 56-year-old actor has also been the talk of town for his infectious bordering-on-toasts acceptance speeches and the hug heard 'round the world with ex-wife Jennifer Aniston.

While his appearance at tonight's show is highly anticipated, it won’t be Pitt’s first time to the rodeo.

These are his appearances at the Oscars over the years.

Remember when Juliette Lewis showed up to the Oscars w/ Brad Pitt on her arm & cornrows on her head? #neverforget pic.twitter.com/6AJEKFDdPx

1992: Brad breaks onto the scene with date Juliette Lewis

His 1992 appearance at the Oscars was a huge moment for Brad, after his big-break role in the Oscar-nominated "Thelma & Louise." He showed up with Juliette Lewis, his girlfriend at the time and a nominee herself for her part in "Cape Fear."

1996: In attendance with Gwyneth

In 1996, Pitt attended the Academy Awards with then-girlfriend Gwyneth Paltrow and was up for his first-ever Oscar for his role in “12 Monkeys.” Although Pitt and Paltrow got engaged later that year, they split in 1997 but remained friendly. “When two people aren’t supposed to be together, they’re not supposed to be together,” Paltrow said in 1998 according to E! Online. 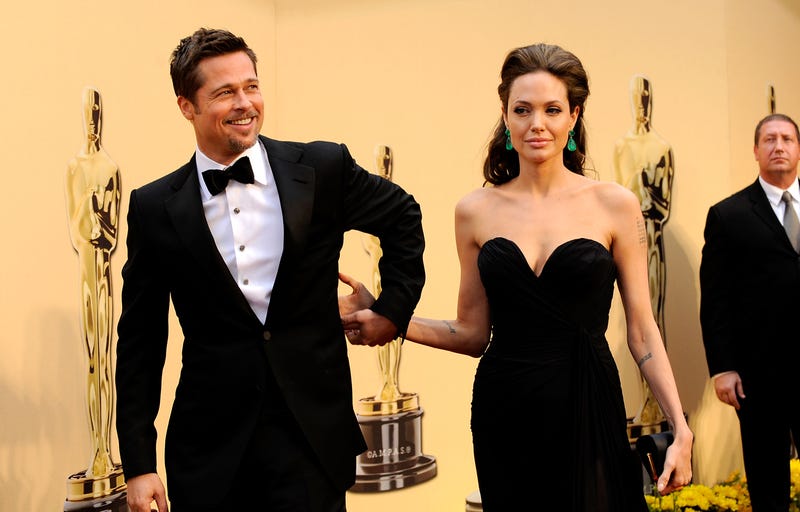 Four years into their relationship, Pitt and Jolie were captivating on the red carpet. Both were up for nominations that year, Brad for his aging-defying lead role in “The Curious Case of Benjamin Button” and Angelina for her part in “The Changeling.” While neither took home the gold, they looked fabulous. 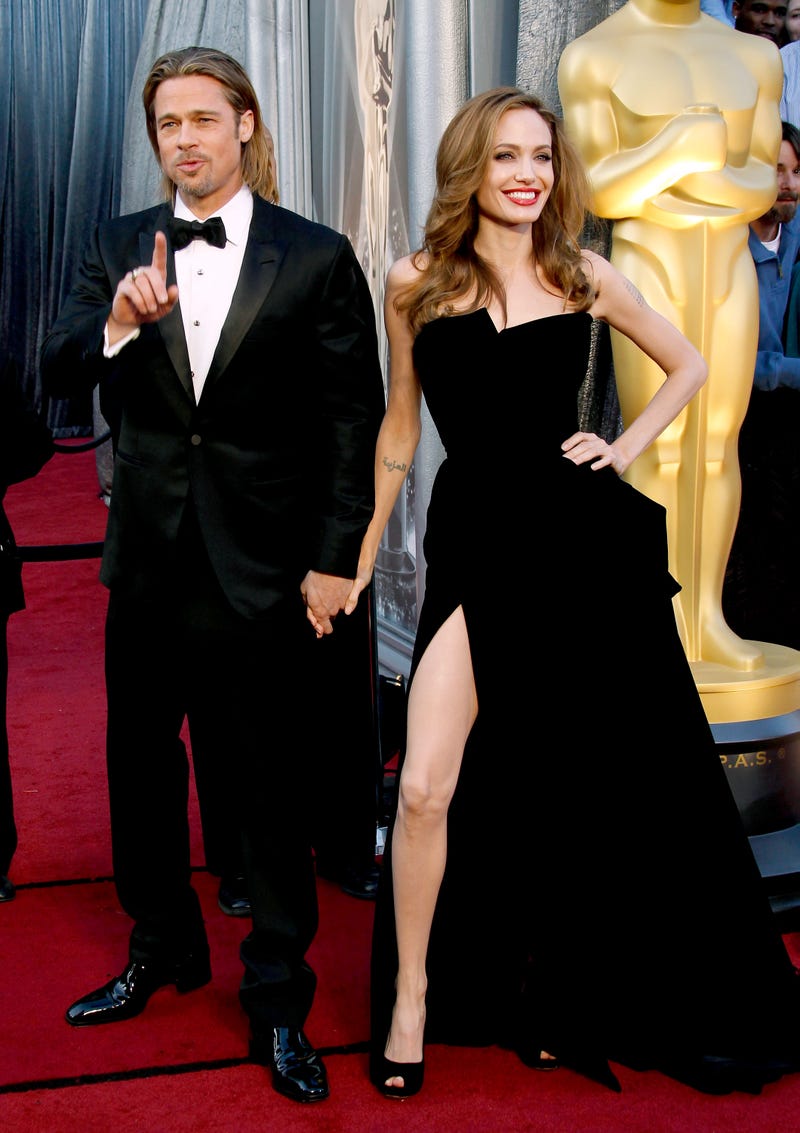 Pitt was nominated twice for his film “Moneyball” at the 2012 awards, one for best actor for his role as baseball general manager Billy Beane, and the other for best picture — his first — as Pitt served as a producer on the film. Angelina turned heads in a stunning black velvet Atelier Versace gown complete with a bold leg slit. 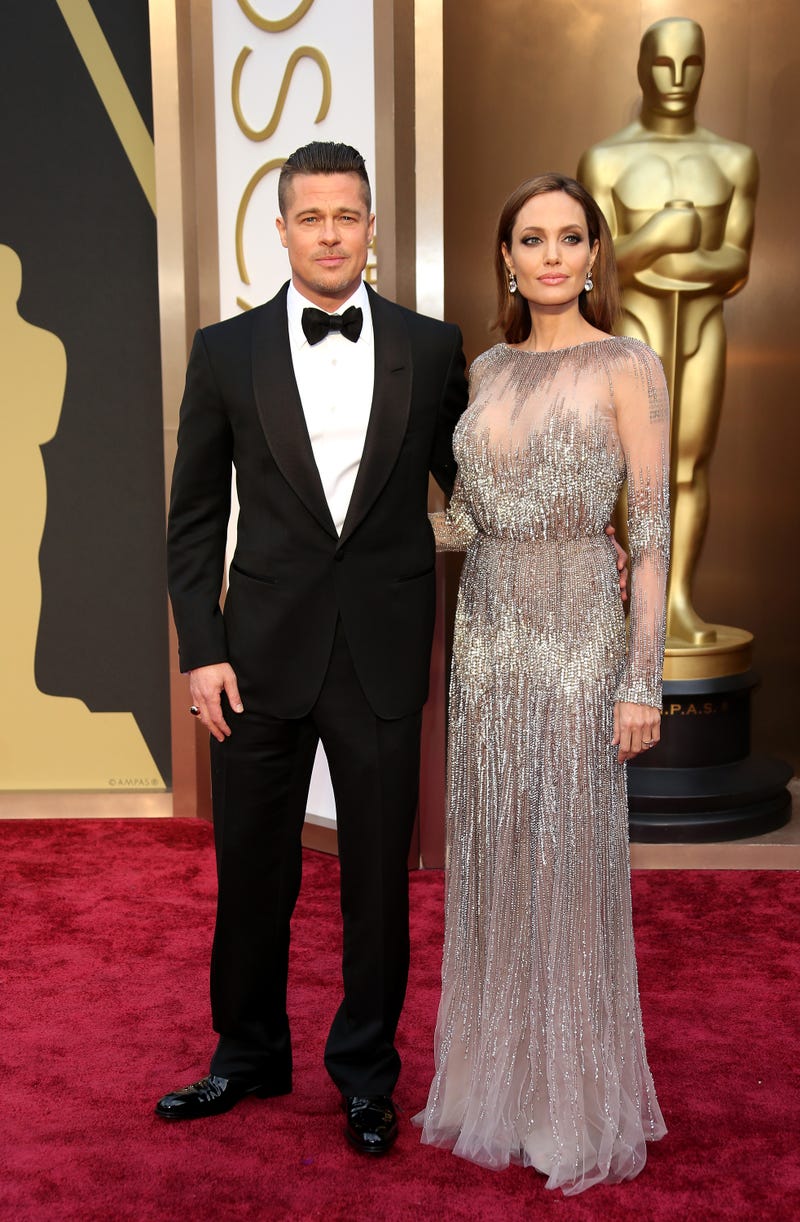 2014: Winners before the wedding bells

2014 was a big year for Pitt and Jolie. At the Oscars, Pitt won an award for “12 Years a Slave,” on which he served as a producer. The win came months after Angelina was recognized for her charitable work with a Jean Hersholt Humanitarian Award at the Governors Awards. The two would go on to tie the knot that August.