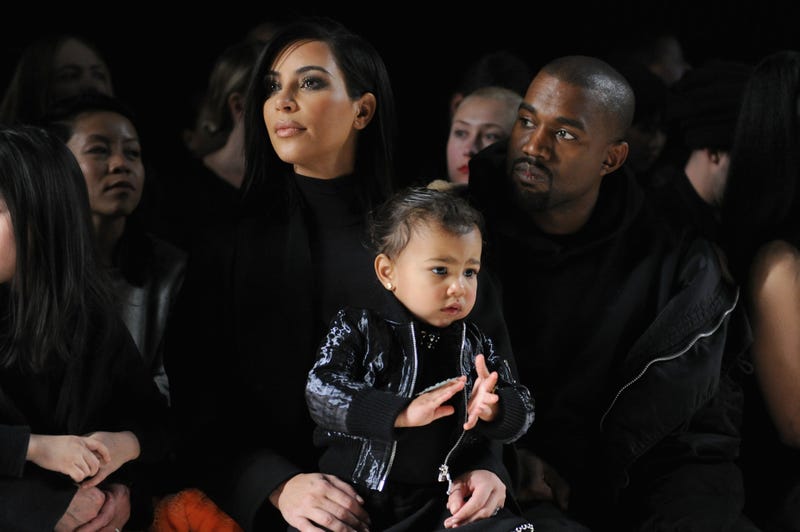 The birth of every Kardashian or Jenner is a new arm of an entertainment dynasty.

And when Kim Kardashian and Kanye West got married on May 24, 2014, the world realized just how lofty the heights of this pop culture empire could reach.

Kardashian and West have both evolved getting together. The two are as focused as ever, plotting for the future with businesses and real estate as a result -- not in spite of -- the life-altering experience of parenthood.

Kim is no stranger to the dynamics of a large family. That’s why it’s no surprise to see the large one she’s built with Kanye during their relationship.

To celebrate Kim -- whose birthday is Oct. 21, 1980 (she is 39 today) -- we’ve put together a timeline of her motherhood, including all four of her children.

In a 2014 cover story, Kim told British GQ how she and Kanye decided on the name North, which started as a press rumor, got a little heat when Pharrell Williams asked them if they were really naming their daughter that (they weren't), and kind of stuck (AKA was set in stone) when fashion icon Anna Wintour told the couple, "North is a genius name."

Since then, it's been nowhere but up for North. The eldest Kardashian West child wasn't seen on "Keeping Up With the Kardashians" until she was almost two years old. But she was born for this lifestyle -- earlier this year, she took centerstage at one of Kanye's Sunday Service shows.

Saint was Kim and Kanye's second child. The couple's first son, his name was revealed to the world two days after his birth, allegedly a reference to Kim's difficult pregnancy with him. Doctors advised that Kardashian not get pregnant again after her nine months carrying Saint, especially considering that she had complications when carrying North as well.

Exhibit C for the case of her parents' bold baby-naming practices, Chicago was named after Kanye's hometown.

Chicago was Kim and Kanye's second daughter, and the first to be born via surrogate following Kim's challenging first two pregnancies.

Chicago made her small-screen debut in a video that Kylie Jenner posted of her own pregnancy journey with Stormi Webster, Kylie's daughter with Travis Scott and Chi's cousin.

The newest addition to the Kardashian-West family, Psalm was born on May 9, 2019.

Like his big sister Chicago, Psalm was also born via surrogate. In August, Kim posted this photo of her on the beach in the Bahamas, the first ever with all four of her children including baby Psalm.