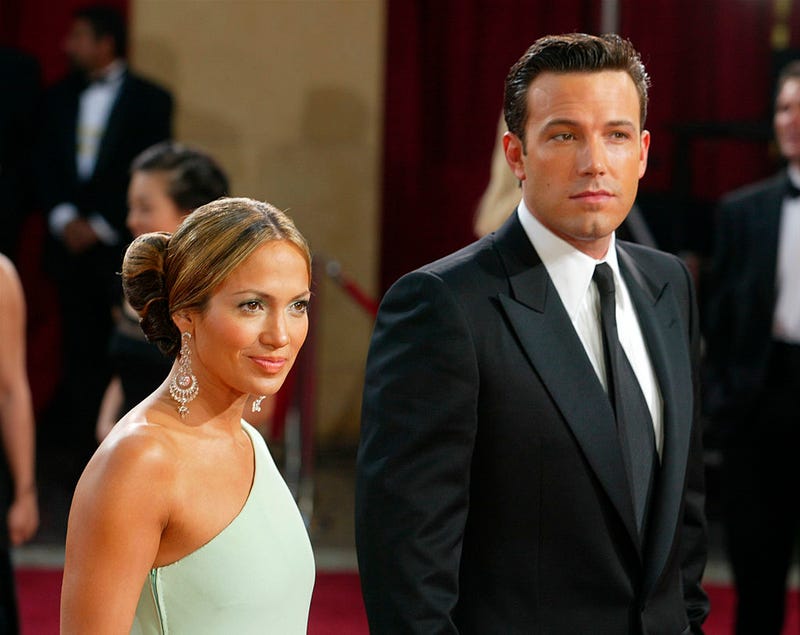 It’s been 17 years since Bennifer ruled the world and then broke the hearts of fans around the globe by calling off their engagement.

With reports that Jennifer Lopez and Ben Affleck recently hung out together in Montana, many are hoping the former lovers will rekindle their romance.

Though the rumor mill continues to swirl, there has been no confirmation that the “Gigli” stars are anything more than friends.

Regardless of what the future holds for the A-list duo, there’s no harm in looking back at simpler times when J.Lo and the “Good Will Hunting” actor dominated headlines, red carpets and just about every facet of pop culture.

Here are a dozen reasons why Ben and Jenny from the block were the ultimate Hollywood glamour couple. 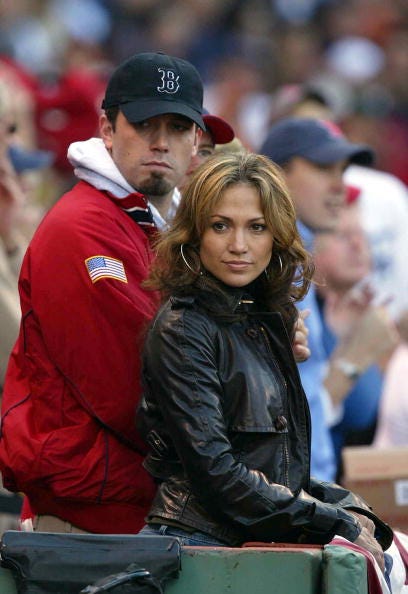 New York native Jennifer and Boston boy Ben kept it amicable as they watched MLB rivals the Yankees play the Red Sox at Fenway Park on October 11, 2003. The Yankees took it 4-3, but the night’s real winner was definitely Affleck’s goatee. 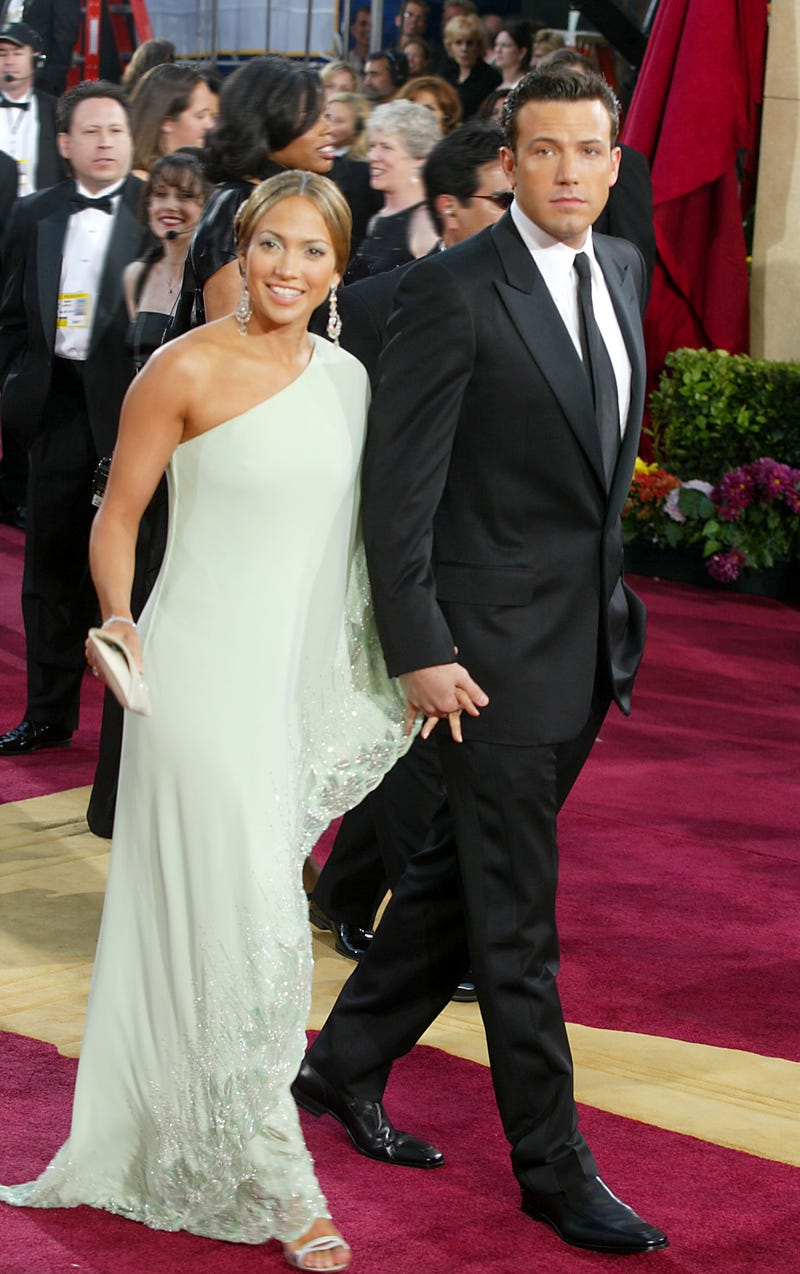 If they gave Academy Awards for red carpet arrivals, Jen and Ben would get all the statues. 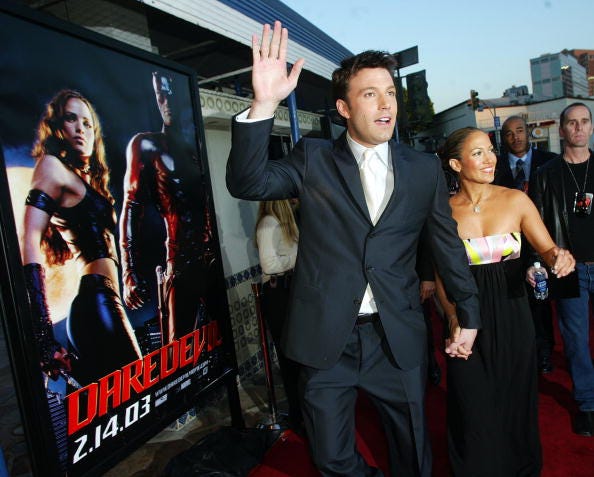 Bennifer werk the premiere as Affleck’s co-star and future ex-wife, Jennifer Garner, keeps an eye on them from the side. 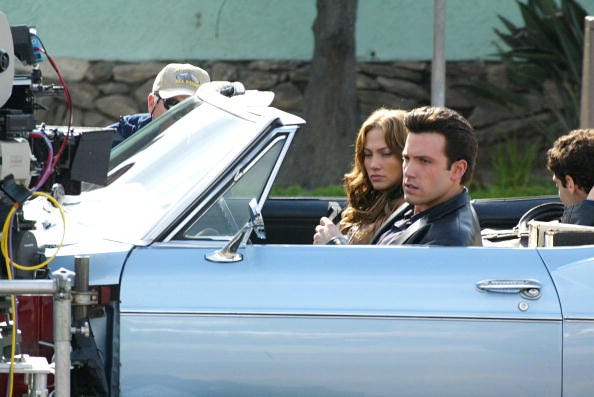 The couple that works together, stays together. Ok, maybe not. Feel free to blame it all on Affleck's bouffant. 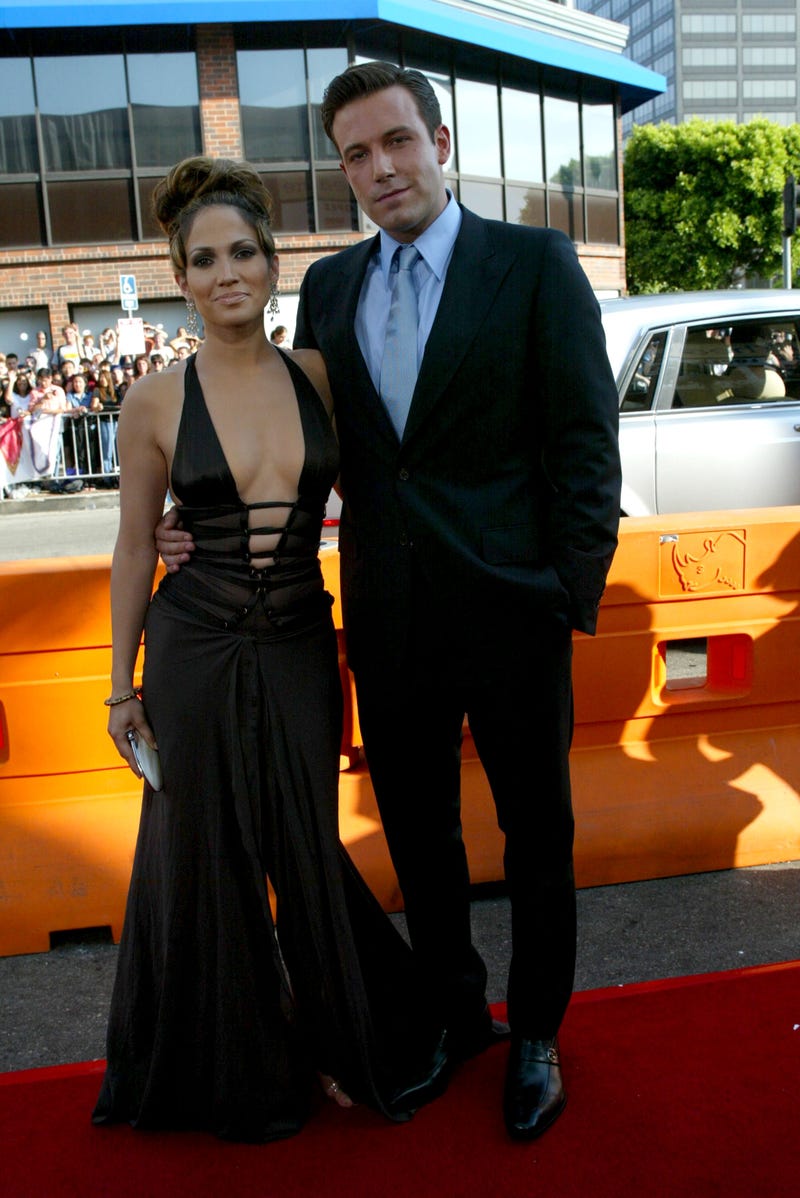 The movie may have bombed, but damn they looked gorgeous at the premiere. Give us the sequel we deserve, Bennifer! 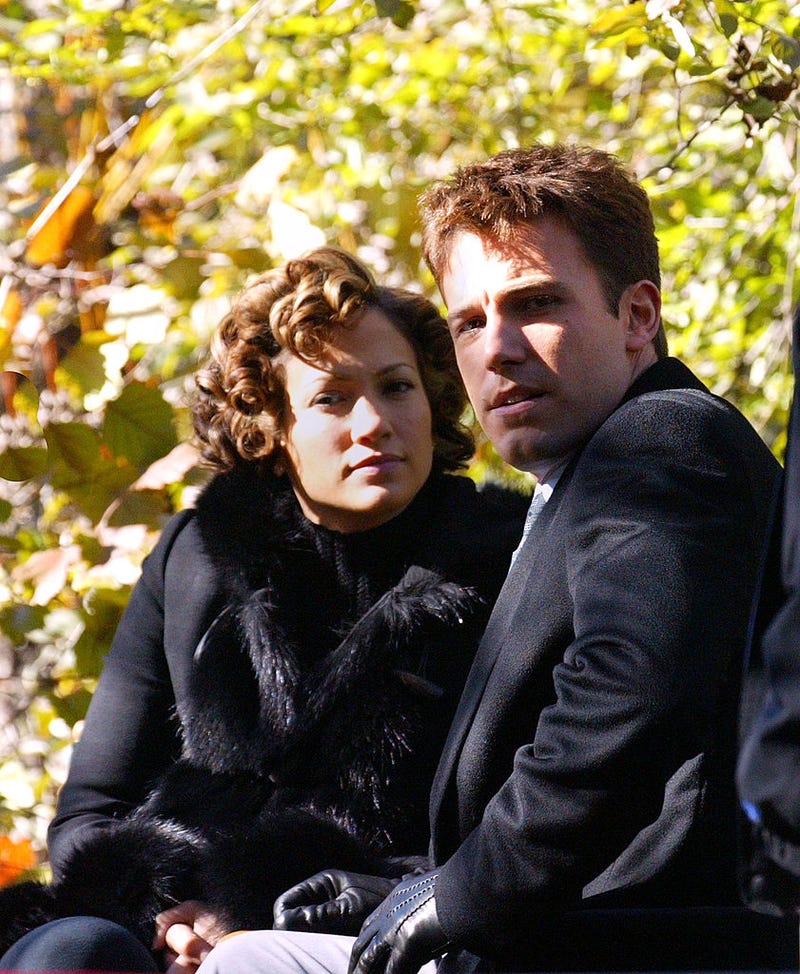 Because the world needed more than just one Bennifer movie. 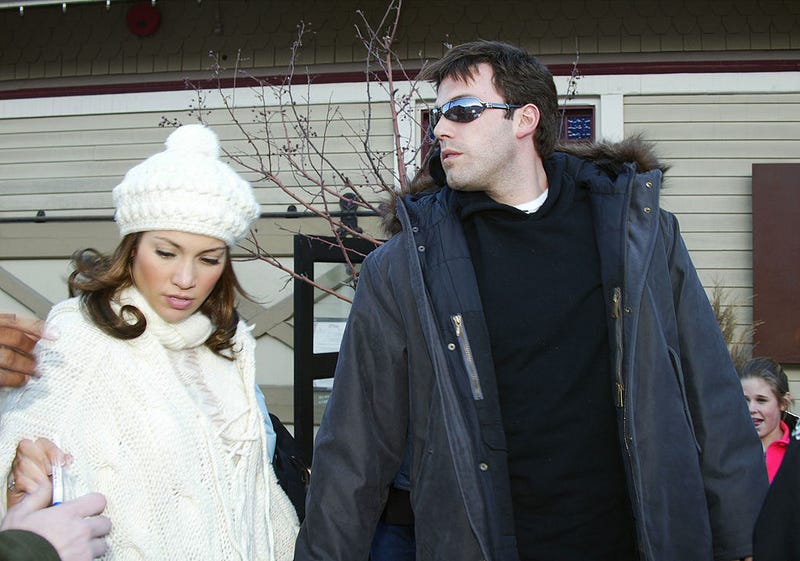 The chilly January temps in Utah were no match for the Bennifer heat. 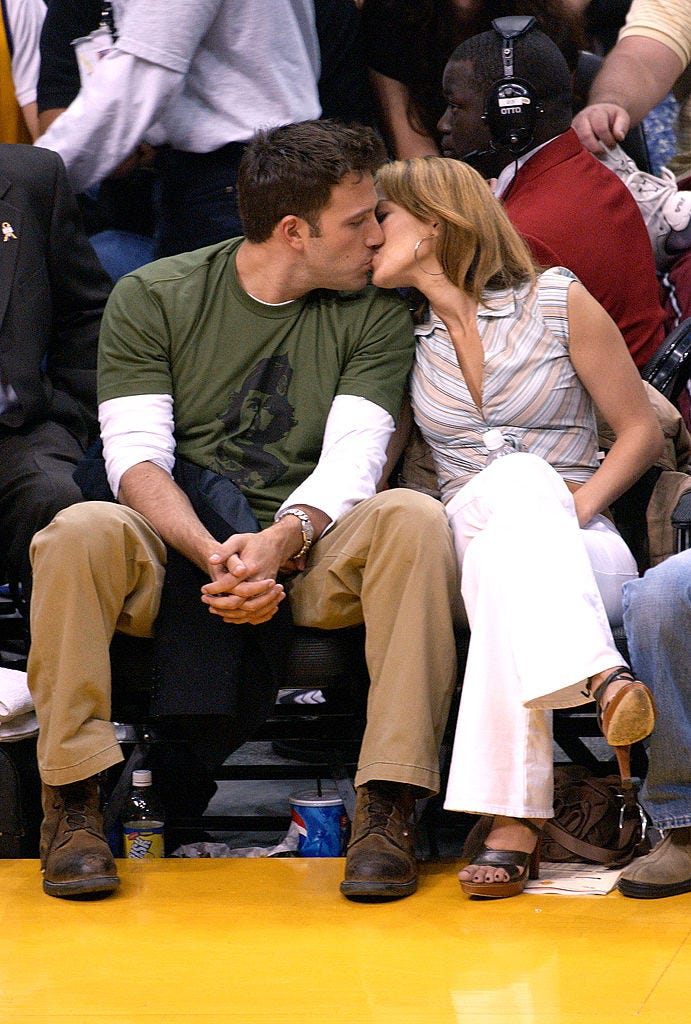 The Lakers and Spurs couldn’t compete with Ben and Jen’s courtside game. 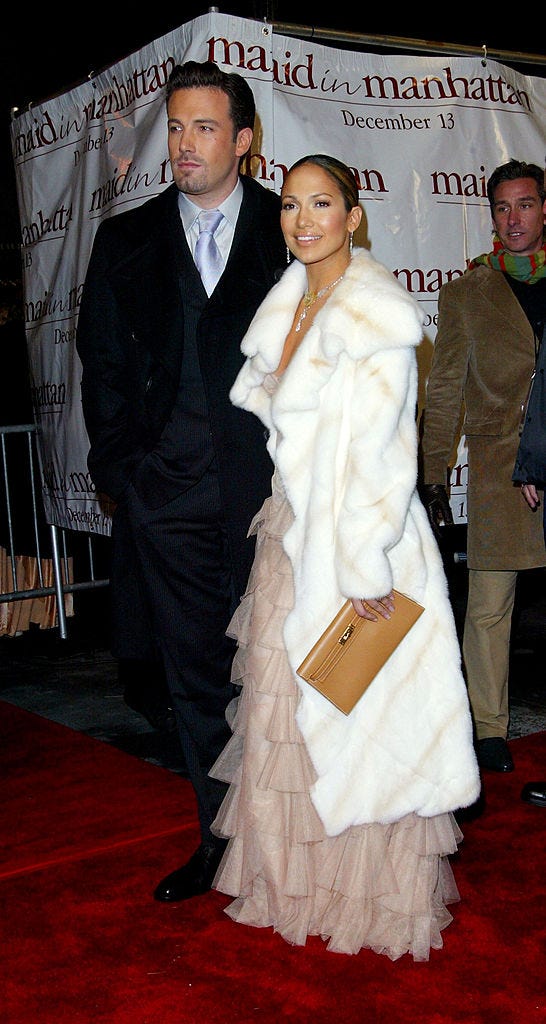 C’mon, Jennifer Lopez and Ben Affleck were made for each other. 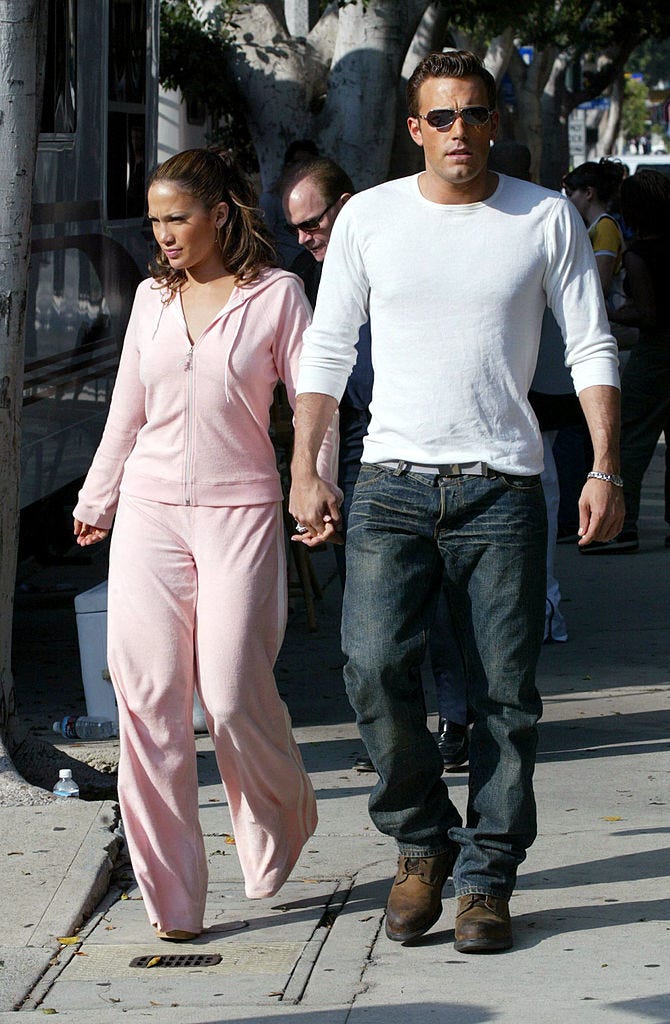 On the mean streets of Beverly Hills in 2002 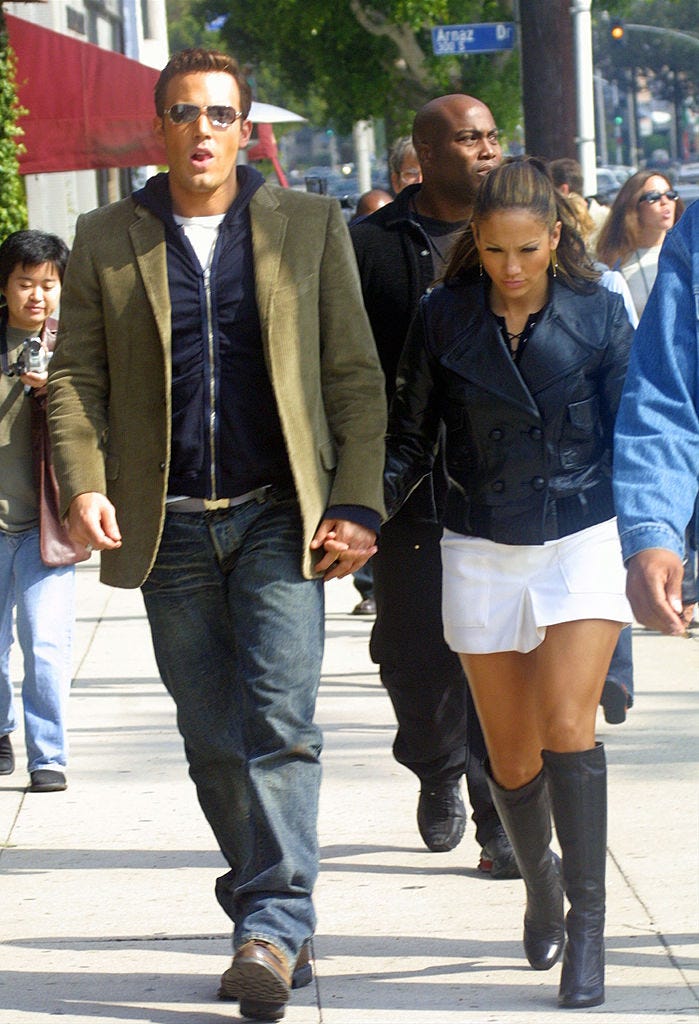 The sidewalk becomes a runway in 2002

Just another day of Ben and Jen turning the LA streets into a catwalk. Shantay you stay, Bennifer!

We’ll always have the “Jenny from the Block” video

No matter what happens, we will never forget J.Lo and Ben once made beautiful music together.