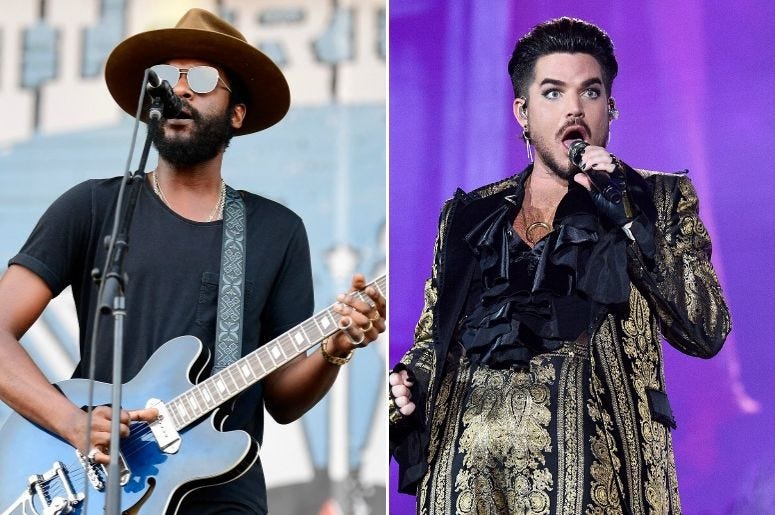 Four will enter, but only one will leave on the finale of The Voice Tuesday night, with season 17 coming to a close in a true four-way battle between the judges.

Blake Shelton, Gwen Stefani, Kelly Clarkson, and John Legend each have a team member left heading into the final frame, and they are all calling in some next level talent to help push them over the top.

Katie Kadan from Legend's team will get a special assist from Adam Lambert, joining her for a performance of “Believe.” The pair will sing the song which Lambert first performed in front of Cher at the Kennedy Center honors last year.

Lambert recently told RADIO.COM about the nerves heading into that moment, with the icon watching him on stage. "I don't get that nervous that much these days so I was like 'oh shoot I'm nervous' and midway through my hand was shaking,” he shared. “It made for a vulnerable moment which was great."

Kelly Clarkson’s star Jake Hoot will be joined by Little Big Town for “Over Drinking,” while Rose Short from team Gwen will collaborate with the legendary Yolanda Adams.

Ricky Duran from Blake Shelton's team is also set for a special performance with Gary Clark Jr., coming together for a sure-to-be electric rendition of “Pearl Cadillac.” The soul-soaked song from his GRAMMY-nominated album This Land, was recently re-released featuring Andra Day.

WATCH MORE: Gary Clark Jr. On His Most Memorable Collaborations

Earlier this year is was John Legend's team member Maelyn Jarmon that won season 16 of The Voice. It was the final season featuring Adam Levine, who announced he was leaving the show shortly after that finale.

The season 17 finale for The Voice happens Tuesday night at 9PM ET on NBC.