Your streaming choices have just increased as HBO Max finally launched on Wednesday.

The subscription service comes with a huge catalog of films and TV shows, including all ten seasons of “Friends,” and is available to new customers for $15 a month, with an initial free week trial.

HBO Max costs the same as HBO Now, its preexisting streaming service, and customers who already have HBO Now can upgrade at no additional cost. A software upgrade will automatically change the HBO Now app to the HBO Max app.

Customers who already subscribe to HBO or HBO Go will also get a free upgrade to HBO Max, reported CNET. Subscribers who get HBO through AT&T, Uverse, DirecTV, Charter, Spectrum, YouTube TV, Google, Apple, Hulu, Verizon, Fios, Cox and Comcast will get the service as part of their current subscription.

The HBO Max website includes a section to figure out exactly how to sign up for the service.

Supported devices and platforms you can use to access HBO Max include iOS and Android, Xbox One and PlayStation 4, Apple TV, Android TV, Chromecast and web browsers, reported AV Club.

Unfortunately, HBO Max has not struck deals with Dish Network, Amazon Fire TV or Roku, and will not appear on their platforms at launch. According to CNET, the companies hope to be able to work out deals in the near future.

HBO Max will include all the television shows and movies currently on HBO, including the full catalog of their iconic shows such as “Game of Thrones,” “Silicon Valley,” “Sopranos,” “Veep” and “The Wire.” 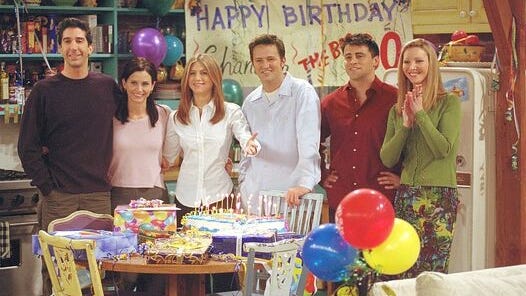 'Friends' Episodes Will Begin Streaming on HBO Max in May

HBO Max is also where fans can stream blockbuster films like “The Lord of the Rings,” “The Matrix” trilogies and DC superhero movies such as “Wonder Woman,” “Joker” and “Aquaman.”

As far as original content, the platform launched with “Love Life,” a romantic comedy starring Anna Kendrick, “On the Record,” a documentary on sexual assault allegations against music mogul Russell Simmons, and “The Not Too Late Show with Elmo,” among others.

The highly-anticpated “Friends” reunion special was initially scheduled to be available for the launch of HBO Max, but production had to be postponed due to the ongoing coronavirus pandemic.