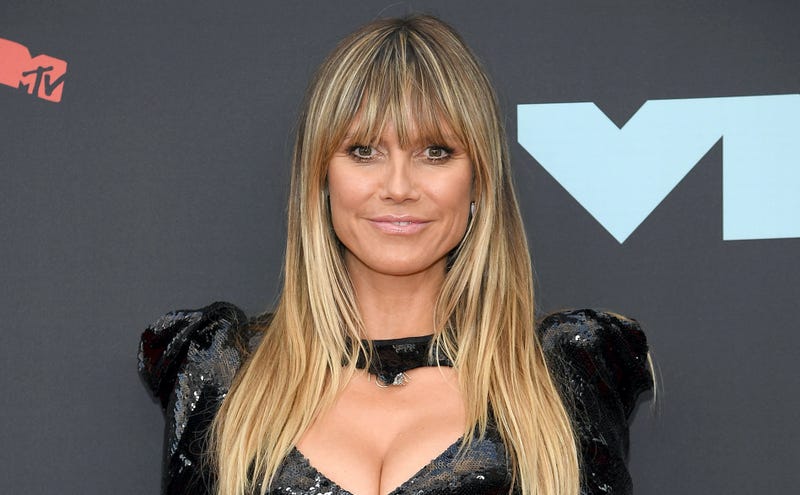 The supermodel and host of “America’s Got Talent” took to Instagram once again to show off her incredibly toned body while soaking up the sun in Italy.

The 48-year-old posted two photos showing off her impressive physique while wearing a pink string bikini and gold body jewelry. She accessorized her look further with oversized black sunglasses and gold layered necklaces.

Klum looked carefree on the luxurious daytime yacht outing as she whips her long blond hair and catches every ray of sun on her face.

"Buon giorno" she captioned the photo along with multiple pink and purple hearts and an Italian flag and sunshine emoji.

Klum and her husband, drummer-turned-fashion-photographer Tom Kaulitz, have taken Instagram by storm this summer with gorgeous snaps from their exotic getaways. Last week, she left little to the imagination as she shared a topless photo of herself while out on on the crystal blue sea.

The photo was presumably taken by her husband as she’s smiling from ear to ear with the caption reading: “You put the biggest smile on my face Tom 😁❤️”

In the final photo of the series, Klum tossed her hair to the side as she seductively looked over her shoulder at her hubby. She finished off her look with playful pastel rainbow manicure.

Klum and Kaulitz tied the knot in 2019. The former Victoria's Secret Angel was previously married to singer Seal from 2005 to 2014 and to celebrity hairstylist Ric Pipino from 1997 to 2002.