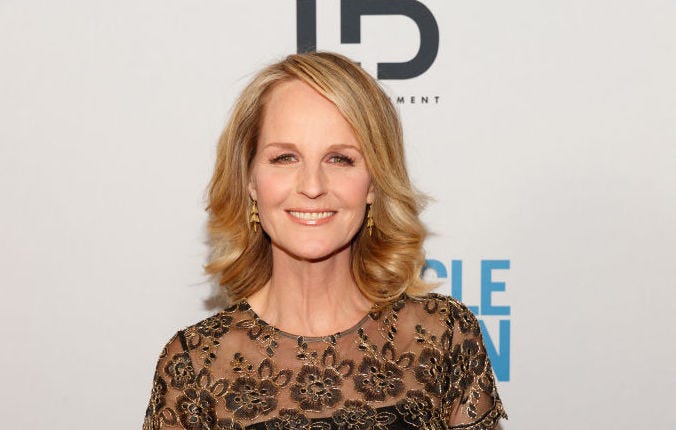 Helen Hunt is on the mend after being involved in a car crash on Wednesday. She was briefly hospitalized after the incident.

A spokesperson for the Los Angeles Police Department confirmed with PEOPLE that the accident happened in the Mid-City area of Los Angeles on the corner of San Vicente and Tremaine Avenue.

While the “Mad About You” star was one of “a number” of people transported to the hospital, further investigation showed that there was no crime committed at the time of the accident.

TMZ obtained video evidence of the incident, which showed Hunt’s black SUV pulling out as it was T-boned by an oncoming car, causing Hunt’s car to flip on the driver’s side. Hunt was a passenger in the backseat of the car.

A representative for Hunt was contacted by PEOPLE and declined to comment.

Hunt is best known for playing Jamie Stemple Buchman in “Mad About You,” a sitcom which ran from 1992-1999 and won her four Emmy awards.

Hunt is currently working on a limited-run reboot of her hit show, “Mad About You,” alongside Paul Reiser, who was her original costar as well. She had been excited about doing a reboot of the show since last April.

She once told PEOPLE, “The dream is to get to do it. I have remained very, very close friends with Paul. Reboot, or no reboot we have lunch once a month. We really enjoy and care for each other.”