Fame can change you. James Corden knows that first-hand.

The late-night host said that he began therapy after he — along with friends and family — noticed a change in himself after the success of his 2008 sitcom “Gavin & Stacey,” reports Page Six.

“I started to behave like a brat that I just don’t think I am,” he said in the New Yorker profile where he made the comments.

In this week’s issue, James Corden discusses fat-shaming, the intoxicating effect of fame, and “Cats,” which he still hasn’t watched.
https://t.co/lbS8UpKtux

“It’s so intoxicating, that first flush of fame, and I think it’s even more intoxicating if you’re not bred for it,” Corden continued.

Corden told the New Yorker that his mother prayed for him, and his sisters called him a “d—head.”

The late-night host was even approached by fellow “Gavin & Stacey” cast member Rob Brydon, who told Corden it was time for an attitude adjustment. 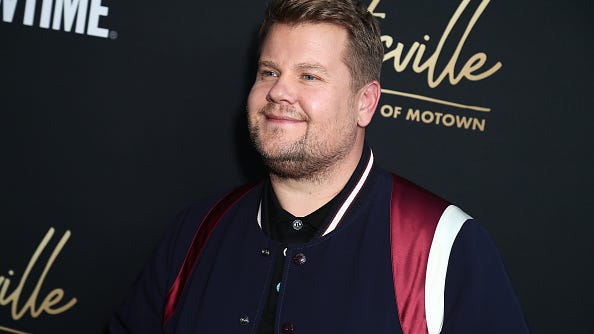 Brydon recalled the tough-love encounter: “I said, ‘Look, this is a bit awkward to say, but I’m just hearing these things about you, and you’ve got to know that the way you behave has an effect on people.’”

To get in touch with himself, Corden began therapy. A big part of the process was learning how to enjoy being alone, which he did by spending time with his wife Julia and their children Max, 8, Carey, 5, and Charlotte, 2.

On Wednesday, Corden addressed controversy surrounding his talk show’s “Carpool Karaoke” after a fan video last week revealed the Range Rover used in the segment on another set of wheels and being pulled by a truck.

"I know this looks bad," Corden said during the address at the beginning of the episode.

“But I just want to say, right now, that I always drive the car unless we’re doing something where we think it might not be safe, like a dance routine or a costume change or if I’m drunk,” the funnyman joked.