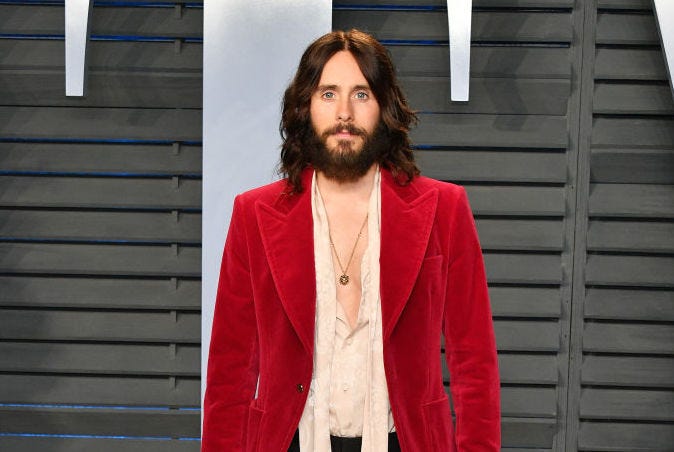 While the 47-year-old is no stranger to flashing his toned physique, Leto dropped some thirst traps by sharing two shirtless photos of himself wading in a stream, according to the Daily Mail.

Rocking a straw hat and red board shorts, the Oscar winner flaunted his smooth chest and six-pack and added the caption, “#HotGirlSummer.”

For those that still don’t know, “Hot Girl Summer” is a song by rapper Megan Thee Stallion in collaboration with Nicki Minaj and Ty Dolla $ign.

Stallion coined the phrase, which she explained “is basically just about women -- and men -- just being unapologetically them, just having a good...time.”

The term has becoming a trending hashtag with many people adding the caption to  photos of themselves in swimsuits or while partying during the recent warm weather months.

Other celebrities that have used the hashtag recently include Miley Cyrus﻿, Sam Smith, Jordyn Woods, Ciara and Jada Pinkett Smith.

No doubt it’s helping the song’s popularity, as it currently sits at #11 on the Billboard Hot 100 chart.

When not getting likes for his rippling muscles, Leto has been busy touring with his band 30 Seconds to Mars and racking up IMDB credits.

In addition, he’s in early talks to star opposite Denzel Washington﻿ and Rami Malek in the thriller “The Little Things” and is rumored to be returning as the Joker in the peculiarly titled “Suicide Squad” sequel, “The Suicide Squad.”

Abs or not, Leto really is having a hot girl summer!