Jared Leto’s days as a supervillain will go on.

The Oscar winner will reprise his role as the Joker for director Zach Snyder’s revamp of the 2017 film “Justice League,” according to The Hollywood Reporter.

The upcoming version is officially titled “Zach Snyder’s Justice League” and is set to air on HBO Max. Instead of a feature-length film, the project will premiere as four episodes on the streaming platform next year.

The new version has been referred to as the “Snyder Cut” as the director had to leave the original production before completion due to the death of his daughter. Joss Whedon was brought in to finish the project during the post-production phase.

Shooting on the new director’s cut has started with Ben Affleck (Batman), Amber Heard (Meera) and Ray Fisher (Cybord), in addition to the news of Leto’s involvement, the outlet noted. 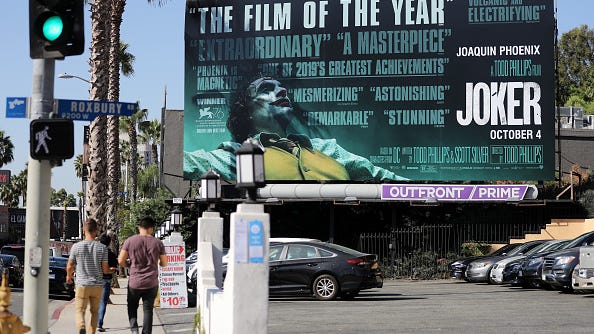 The inclusion of Leto also adds speculation as to how big a role he will have in the film as the Joker didn’t appear in the original 2017 version.

There were also reports of animosity between Leto and Warner Bros. after the studio cast Joaquin Phoenix in Todd Phillip’s 2019 blockbuster “Joker.”

Phoenix was lauded for his performance and wound up winning a Best Actor Oscar for the role.

news
Will you still need to wear masks at chains like Walmart and Target? This is where 15 major retailers stand
music
Tracee Ellis Ross responds to ‘Black-ish’ coming to an end next season: ‘It’s gonna be a good one!’
sports
'Dark Side of Football' series to feature episodes on Bill Belichick, the Browns and more: report
news
Ivanka Trump displays toned abs in sports bra and leggings on beach stroll
sports
MLB insider considers Yankees the ‘most logical’ landing spot for Trevor Story
music
Katy Perry releases 'Electric' to celebrate Pokémon's 25th anniversary
<footer class="la