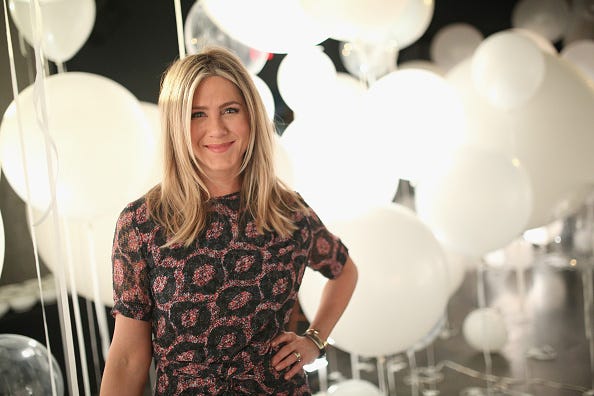 Jennifer Aniston is thinking back on a pivotal moment in her career – and it happened when she was just 11 years old.

At Variety’s Power of Women event on Friday, Aniston opened up about a piece of criticism she received at an early age and how it impacted the sense of power she holds near and dear today, Fox News reports

This is what power looks like | Variety’s Power of Women luncheon presented by @lifetimetv (📸: @bucknerphoto)

“I remember a parental figure saying to me around the critical age of about 11, after a dinner party, that I was excused from the table because I didn’t have anything interesting to add to the conversation,” Aniston reveals. Nothing like being demoted back to the kids’ table, right?

Aniston continues, talking about how the sentiment has stuck with her all these years. “It stuck to me like painfully worded sentences can, and if I’m being honest – and I’m being honest because I’m 50 and that comes with the territory – I carried that sentence with me into adulthood,” she says.

“I always felt incredibly comfortable giving a voice to the words of others, but put me in a table full of strangers and I’d go right back to being 11 years old,” she continued. It wasn’t until her breakout role on “Friends,” that Aniston started to think about herself differently.

“I started meeting all of these people who expressed to me how much the show meant to them – how it lifted their spirits during a bad breakup or got them through an illness. I was just so incredibly moved by that,” Aniston recalled. “And I began to change the way I thought about my own voice, and what it meant to have a platform to use it.”

Additionally, in an interview with The Daily Telegraph, Aniston opens up further about how she's had to overcome some serious confidence struggles over the course of her career.

"It took me a couple of years to gain the confidence that I am worth fighting for," the actress revealed.

Aniston continues to empower others through her roles as she gears up to premiere “The Morning Show,” an Apple TV+ original about the firing of a news anchor for sexual misconduct.