Sydney Bristow is ready to return to duty.

Jennifer Garner has renewed the hopes of “Alias” fans looking for a reboot of the spy series.

The 48-year-old has expressed her interest in stepping back into the character for a revival of the ABC show, which co-starred Bradley Cooper.

When asked if she’d be down to return for an update of “Alias,” Garner didn’t hold back.

“Sign me up,” the actress told The Hollywood Reporter, and joked she would "grab Bradley by the scruff of his neck."

While a reboot has not been announced, the mother of three previously addressed rumors of the show’s return.

"I've heard that there's an Alias reboot happening, but no one's talked to me about it," she told the outlet in 2018. "I mean, it would be totally different. But if they didn't have me on as a guest, I would be very, very angry. But I can't imagine it being that serious yet because I haven't heard anything about it at all."

So while she may not be donning wigs to play a CIA double agent anytime soon, Garner did recently reunite with a co-star of one of her most beloved movies.

Last month, she and Mark Ruffalo reunited nearly twenty years after the release of their hit romcom “13 Going on 30.” 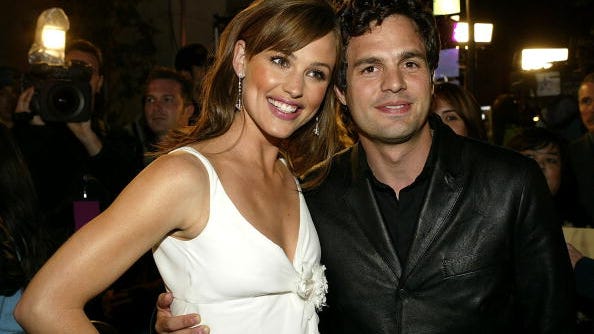 The mini-reunion took place on the set of the stars’ new film “The Adam Project.”

Fans wanting to re-watch Garner pose as a SD-6 operative can stream all five seasons of “Alias” on Amazon Prime.