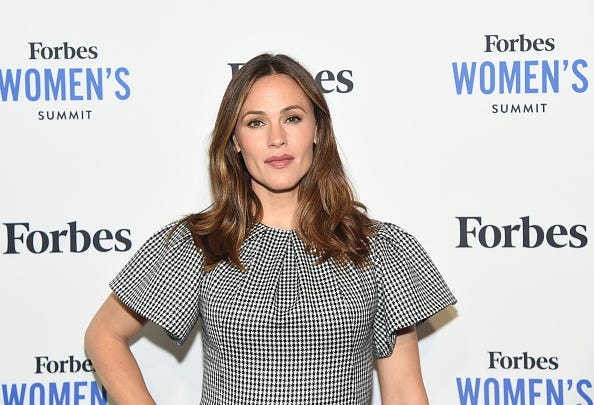 The one where Jennifer Garner proves she’s the biggest “Friends” fan.

In an effort to welcome good pal Jennifer Aniston to Instagram, Garner recreated the sitcom’s classic episode, “The One with the Embryos,” by using her newly released “Friends”-inspired LEGO set, according to Today.

In the fan-favorite episode which originally aired during the show’s fourth season in 1998, Monica (Courteney Cox) and Rachel (Aniston) compete in a trivia quiz against Chandler (Matthew Perry) and Joey (Matt LeBlanc) in a battle over Monica’s rent-controlled apartment.

Using the LEGO figures representing each character, Garner recreated the lightning round and perfectly recited each actor’s lines perfectly.

Then without skipping a beat, the “Love, Simon” actress channels Joey by answering, “Big fat goalie.”

Garner continues to play out the scene making sure to place her fingers on the character she’s voicing so that there’s no confusion.

Despite a few mishaps involving the Lego figures losing their detachable hair pieces, the 47-year-old stays on script up to the very end when Monica and Rachel lose to the guys.

Aniston was touched by Garner’s impressive gesture and commented, “Genius” and included the heart and hand clapping emojis.

After years of holding out, Aniston joined the social media platform on Monday by sharing a group selfie with all six “Friends” cast members.

In addition to leaping into the modern age, the 50-year-old aset a new Guinness World Record by getting one million followers in just 5 hours and 16 minutes. She currently has 9.5 million followers and counting.

And that’s how you become an influencer.