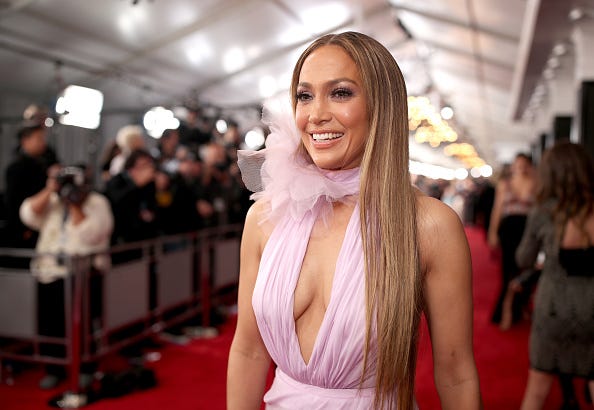 2019 has been an outstanding year full of professional highs for Jennifer Lopez.

While her critically-acclaimed role in “Hustlers” is generating buzz that she could land her first Academy Award nomination, it’s her upcoming Super Bowl Halftime Show performance that makes the actress/singer/dancer/fashionista/mogul feel like she’s already won.

"It's like winning the Oscar,” Lopez said in an interview on “CBS This Morning.”  “It's the biggest show that there is. It has the biggest audience."

Another perk is that the performance doesn’t come with the regular financial limits involved when putting on a tour.

“You get to have, like, this big production. Like, you don't get to do that on tour. You know, everything's, like, budget conscious. And you can do this. And you can do that. And it's a different experience,” the “Waiting for Tonight” singer added. “And I think it's just like a fantasy for all musical artists to be able to play the Super Bowl and have like that 12 minutes of an amazing show.”

The ageless 50-year-old will be co-headlining football’s biggest night with Shakira and revealed that while the pair have been rehearsing their own shows separately, they will perform together and include bilingual Spanish and English songs.

“[It’ll be] a little of both,” she continued.  “It’s in Miami, and we’re both Latin artists, we bring that flavor, and that’s going to be exciting and a new thing that hasn’t been on any other Super Bowl.”

As far as the actual Oscars go, Lopez is in serious contention for a Best Supporting Actress nod for her role as Ramona in the stripper crime drama.

While fans will have to wait until January 13th to see if J.Lo’s name is mentioned when Oscar nominations are announced, they can rest assured knowing she’ll be taking center stage at the Super Bowl on February 2nd.