Two of the most popular game shows on television are resuming production with some noticeably visible adjustments to their iconic sets.

According to Deadline, “Jeopardy!” & “Wheel of Fortune” are ramping up to begin filming and have altered their look in order to ensure the health and safety of contestants and staff amid the COVID-19 pandemic.

“Jeopardy!” will start production this week by taping five episodes per day, over the course of two days, with the contestants’ podiums further apart than usual, the outlet noted.

‘Wheel Of Fortune’ & ‘Jeopardy!’ Head Back To The Studio With Redesigned Wheel & Podium https://t.co/pEAnbuQlyq pic.twitter.com/kLB28FwopF

In addition, the contestants will always be kept a safe distance from host Alex Trebek, who is currently battling stage IV pancreatic cancer.

“Wheel of Fortune,” which is set to begin filming next week with Pat Sajak and Vanna White, has repurposed the look of its classic wheel to ensure all contestants maintain proper social distancing protocols.

“Wheel of Fortune and Jeopardy! are returning to the studio to tape episodes for the shows’ upcoming seasons. The productions have protocols in place in accordance with current government guidelines to protect contestants, staff, crew and talent from the spread of COVID-19,” a studio spokesperson told Deadline.

“While some things may have changed behind the scenes and on the set to keep everyone safe, fans can expect to see the same Wheel of Fortune and Jeopardy! they have come to love when the season starts.” 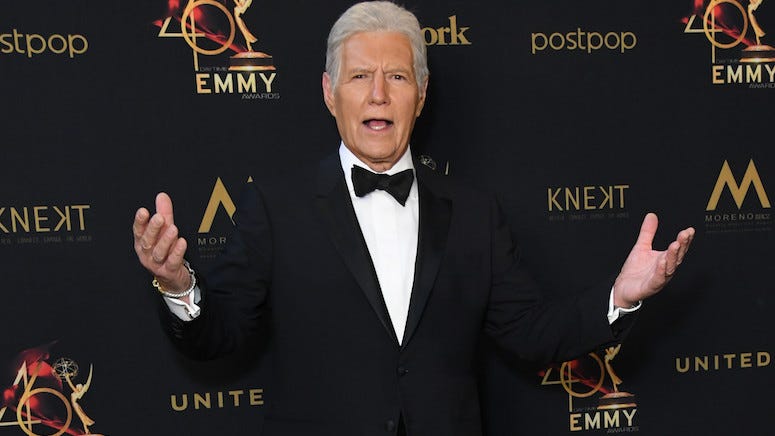 Among the new rules being implemented are routine testing and temperature checks, only essential staff and crew will be on stage, and masks and other personal protective equipment will be provided to everyone behind-the-scenes. Contestants will also be tested prior to arrival to the studio and before taping, the news website said.

Both shows stopped production at the onset of the pandemic in mid-March.

After running out of original episodes in June, “Jeopardy!” opened its vault and began re-airing some of the best moments and episodes from the show’s 36-year run.

This week, the long-running series is airing five of its best celebrity games.

“Jeopardy!” will wrap up the nostalgia tour with a two-week special on August 3-7 and August 10-4 that re-airs the first-ever million-dollar competition featuring 15 of the best game players.