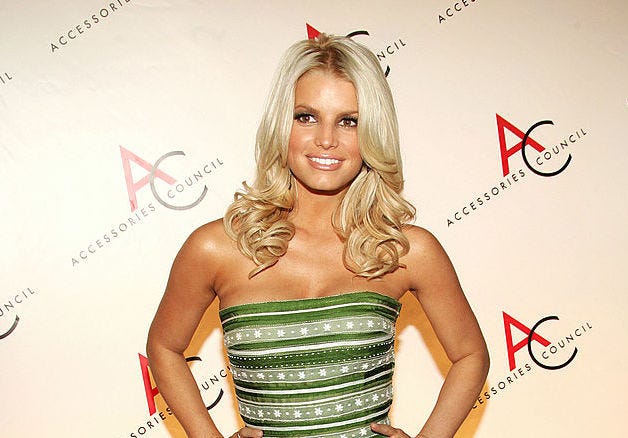 Jessica Simpson is opening up about her mom jeans moment from 2009. The star was heartbroken when body-shamers came for her choice of pants.

In 2009, Simpson famously performed at a chili cook-off wearing a pair of high-waisted jeans tied at the top with a leopard-print belt. Unfortunately, photos from the event went viral with commenters bullying the star relentlessly for her fashion choices.

Jessica Simpson was heartbroken after photo of her in ‘mom jeans’ went viral https://t.co/BmLxAIuTyw pic.twitter.com/Q6KgaCoK7O

“This picture that circulated and went worldwide broke my heart,” Simpson revealed to Hoda Kotb during her “Today” show interview on Tuesday. “Not the picture necessarily, but the caption. Like, all the captions.”

The fashion mogul reveals how mortified she was for herself as well as then-boyfriend Tony Romo. “I was taken down by the world,” the fashion designer added. Simpson, whose highly anticipated memoir “Open Book” just hit shelves, dedicated an entire chapter to the fiasco, titling the section “Death by Mom Jeans.”

In her memoir, Simpson notes that she felt “a dysmorphia set in” surrounding the photo fiasco. The memoir reveals much about Simpson’s personal life, including details surrounding addiction struggles the star faced in the wake of abuse she endured at a young age.

“I was killing myself with the drinking and pills,” she wrote. But she was able to overcome her struggles with the help of therapy and a sound support system. “With work, I allowed myself to feel the traumas I’d been through,” she said.